Ladbrokes Championship Manager and Player of the Month: Robbo and Doran win awards 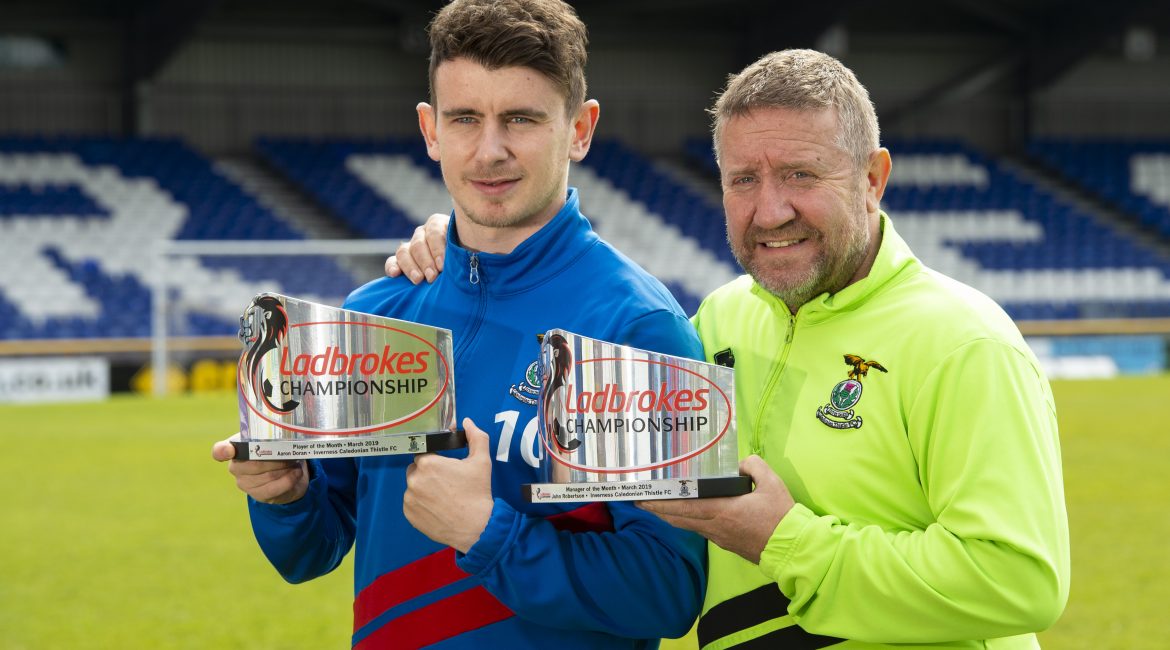 March was an impressive month for the Caley Jags, with them securing a Scottish Cup quarter final win over Dundee United and securing league wins over Queen of the South, Partick Thistle and Alloa. The Caley Jags also drew with Falkirk.

Aaron Doran scored four goals in March, with him finding the net against Dundee Utd, Queen of the South, Partick and Alloa.

To get your tickets head here: https://ictfc.tickethour.co.uk