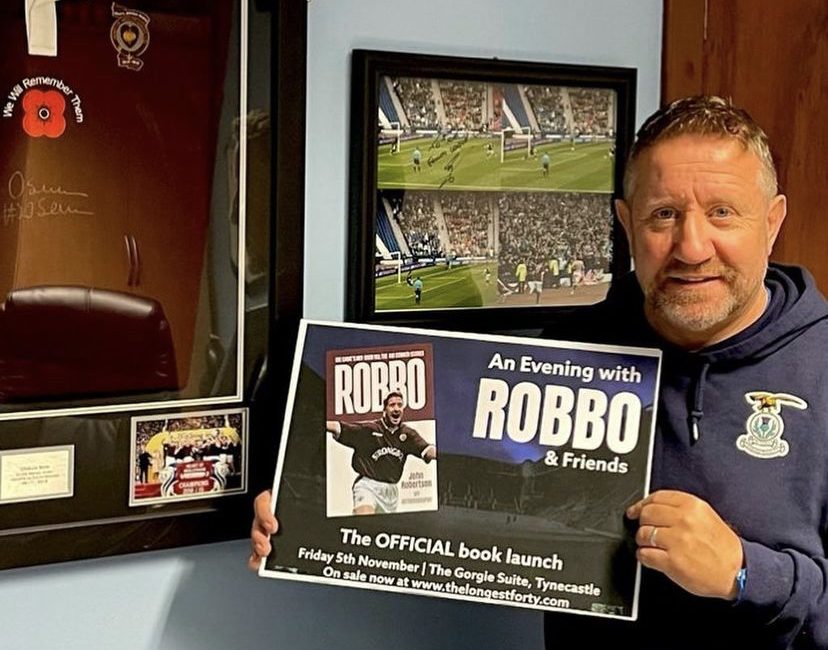 John Robertson is a Hearts legend and one of the teams’ most prolific and popular strikers. His tally of 229 goals in 570 appearances is remarkable, with all but 15 of his goals scored for Heart of Midlothian Football Club. He is the club’s all-time record goal scorer in the league, with 214 goals to his name, and by far the most successful striker for the club in the modern era. Robbo’s uncanny knack of being in the right place at the right time and his sublime finishing have made him a football legend.

Now John Robertson tells his own story in his own words for the very first time. He tells how football became his passion as a young boy, how he got his big break, why he didn’t sign for Hearts’ arch-rivals Hibs and how they must have regretted that as he went on to score a record 27 goals in Edinburgh derby matches. His recollections include brilliant stories about Brian Clough, Wallace Mercer and the heartbreak of losing the league in the final eight minutes of the season, and take us up to the end of his playing days, including his time with Scotland. And he talks about his family in detail for the first time, and how his life changed forever when he lost his father to cancer at the age of just 14.

John Robertson’s story is a remarkable one, taking him from the back streets of Edinburgh to the hearts of fans as one of the greatest players ever to pull on the famous Jambo’s maroon jersey. It’s essential reading for Hearts fans and football fans everywhere.

The Book will be officially launched at the Gorgie Suite, Tynecastle Park on Friday 5th November

Tickets on sale now from HERE