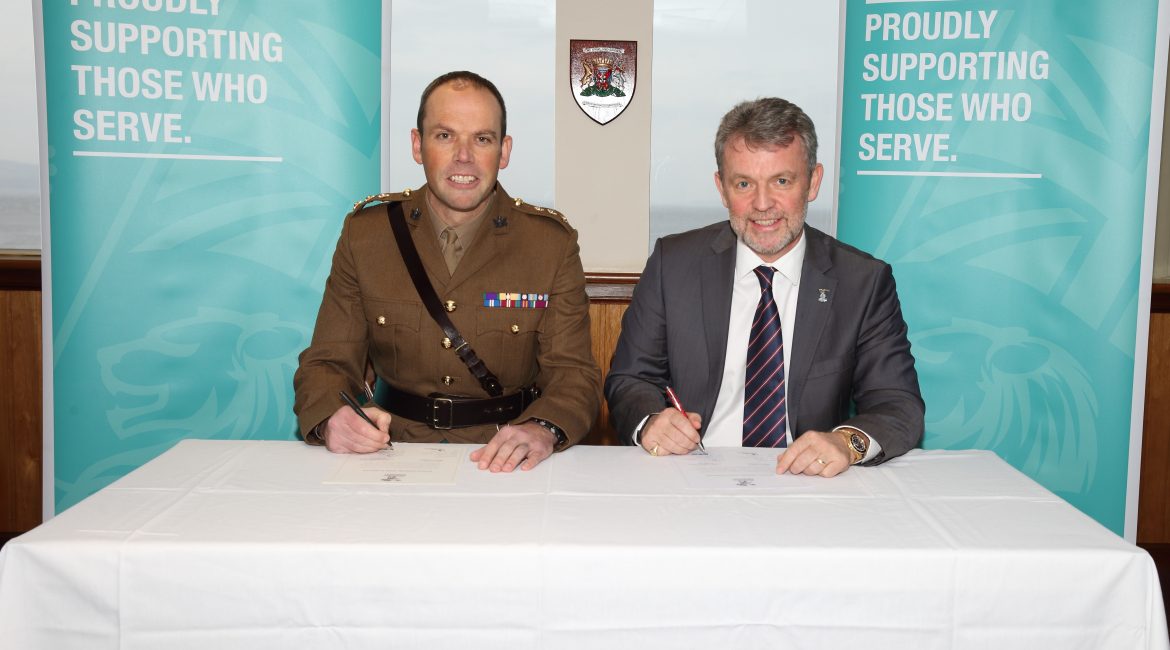 Inverness Caledonian Thistle were proud to sign up to the Armed Forces Covenant before Saturday’s match against Dundee.

The Armed Forces Covenant is a pledge from the nation that together we acknowledge and understand that those who serve or who have served in the armed forces, and their families, should be treated with fairness and respect in the communities, economy and society they serve with their lives.

All 407 local authorities in mainland Great Britain and 4 Northern Ireland councils have pledged to uphold the Armed Forces Covenant. To date over 4,000 organisations have signed the covenant, including businesses and charities. On Saturday, ICTFC was proud to add its name to this list. The club has long had connections to the Armed Forces and of course, Fort George is our training ground.

We look forward to strengthening these links and honouring the covenant in the months and years to come.