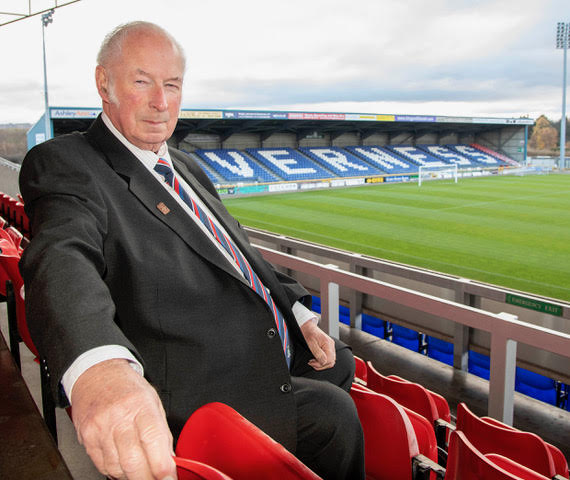 Mr Ross, a retired owner of a quarrying company, has served as Honorary Vice-President for a number of years.

Mr Ross said “I am honoured to have been invited to become the club’s Honorary President.  I have followed the team since its formation in 1994 and Caledonian for many years before that.  At ICT, we have enjoyed some great times and I’m sure we have many more to come.  I am particularly looking forward to celebrating our 25th anniversary next year.”

Club Chairman Graham Rae said: “In Mr Ross, we have the most loyal supporter, who follows the team to every game.  He is a true friend to everyone at the club and is a most generous benefactor. He is a truly worthy Honorary President of our club.”