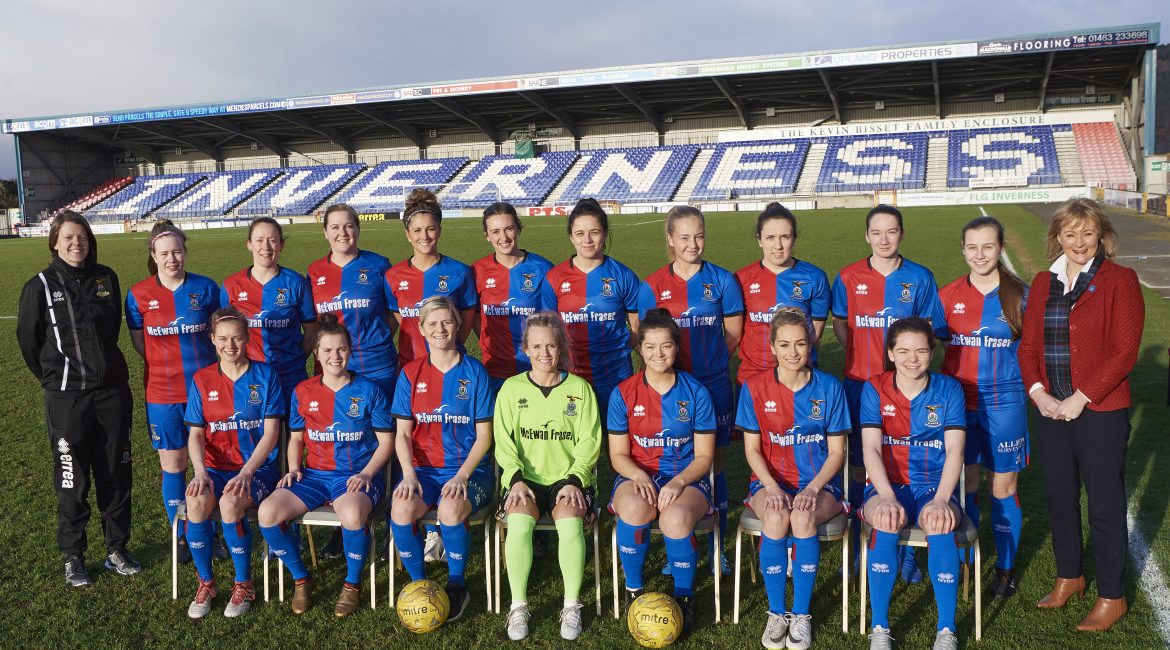 Inverness Caledonian Thistle FC are delighted to announce that they have taken the Inverness City Ladies Team under their wing.

The 23-strong squad will wear the colours of ICT for the first time on Sunday when they make their debut as ICT WFC in a Scottish Women’s FA North District 1 league match against Aberdeen WFC at the Aberdeen Sports Village.

The affiliation with ICT means the women will benefit from training facilities, coaching and medical support as well as transport to their Sunday matches and other support from the Club.

The women are in a 12-team league, which runs until October. Other teams in their league are East Fife, Montrose, Stonehaven, Raith Rovers, Buchan, Cove Rangers, Deveronvale, Dunfermline, Westdyke and Kelty Hearts.

Their coach and organiser is Karen Mason, a PE teacher at Inverness Royal Academy.

Karen said: “We are delighted to be part of ICT and playing in the team colours.   The support we have had from the club has been terrific.”

Karen paid tribute to the late Sandy Corcoran who’s incredible support for the women led the team for so long. Sandy had giving his blessing to them joining ICTFC.

Yvonne Crook, Chief Executive Officer of ICT, said: “John Robertson has championed having the women’s team on board for some time and I was glad to add my support to this. Particularly as the Club is launching its new Foundation to expand upon the range of community and health related activities it drives in the City. “

“This is the first new initiative the Foundation is supporting and we are delighted to have Karen and the team on board. We will give them all the support we can and look forward to fully integrating them into the Club. “