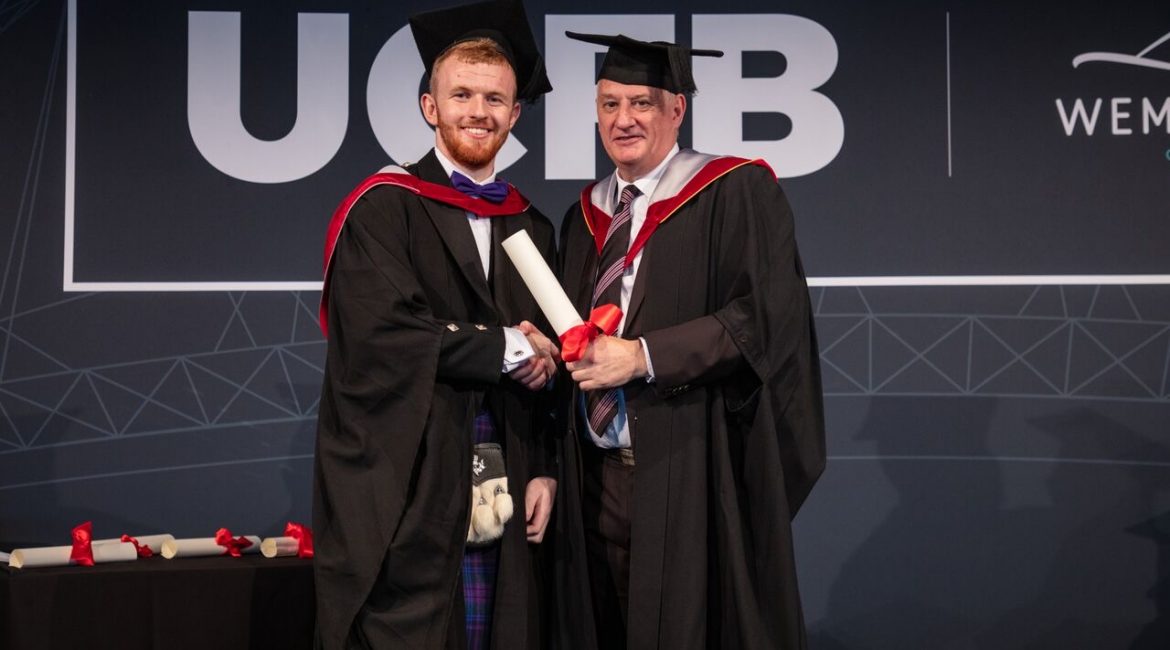 The club is delighted to promote a 20-minute documentary of our 25 year history produced by a former club ball boy as part of his university degree.

Ross Grant (21) from Smithton, Inverness, graduated with a 1st Class BA Honours degree in Sports Business and Sports Broadcasting from the University Campus of Football Business at Wembley Stadium, London thanks to his documentary dissertation, which is available on YouTube.

He is now working as a Junior Post Production Assistant with Formula 1, based in their media and technology centre in South-East London.

Ross chronicled the tense merger between Caledonian and Inverness Thistle in 1994; our first home Scottish League Division 3 game at home to Arbroath in August that year and all the main highlights of the ensuing 25 years, including the famous Scottish Cup win in May 2015 and our first venture in Europe later that year.

His film features interviews with Academy Director Charlie Christie, who is the club’s ICT25 Ambassador;  his son, Ryan, now a major star for Celtic and Scotland and former ICT Manager Terry Butcher at Wembley Stadium.

Club cameraman, Andy Johnstone, was a great help to Ross in gathering archive film material for his production and he liaised with ICT 25 Committee Chairman Liam Dalgarno throughout. Ross also gives a special thanks to Phil Webster of Scottish Drone Services for providing some amazing footage of the stadium and surrounding areas.

A former pupil of Smithton Primary and Culloden Academy, Ross was a season ticket holder and for five years was a club ballboy. He is the son of Kenny and Lorna Grant and his aunt, Laura Grant, is a lifelong supporter of the club.

Ross said: “I am hugely grateful to the club for their co-operation in the production of my dissertation documentary.  Charlie Christie is a legend of the club, being a player, manager and youth development leader during his 25 years at the club and who better to interview to get an insight into the merger and the most memorable moments.

“The fact that his son Ryan is the club’s most successful player was a real bonus and Ryan could not have been more accommodating when I interviewed him in his home in Glasgow.”

Ross took full advantage of an opportunity that arose when Terry Butcher gave a talk to UCFB students at Wembley Stadium.

Ross added:  “I was so pleased that on the spot Terry agreed to do an interview. and the vantage point overlooking the Wembley pitch was ideal.  He was open on every question and told it how it was, which was a credit to him.”

Ross, who follows non league side Bromley, has ambitions to work in the sports broadcasting industry and reach the peak of his trade.

Everyone at the club congratulates Ross on an excellent piece of sports research and production and wishes our former ball boy every success in the future.