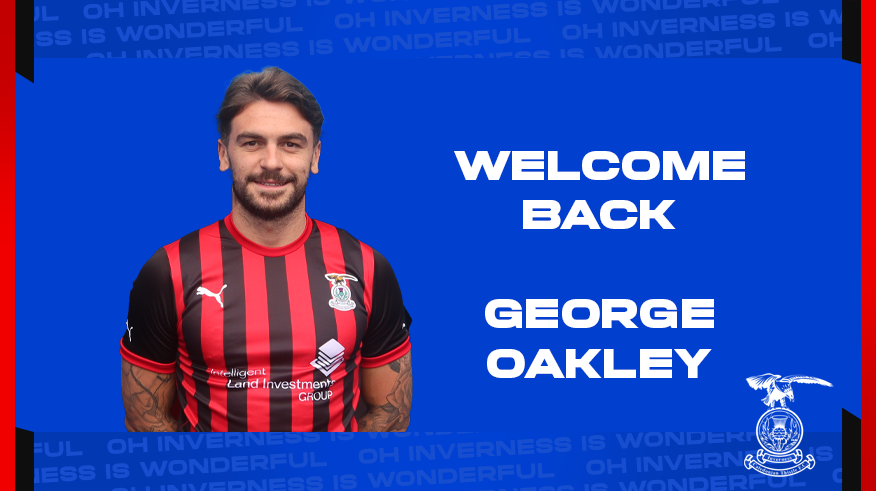 Inverness Caledonian Thistle can confirm the signing of George Oakley on a 2-year deal, subject to international clearance.

George returns to Inverness having played for the Caley Jags between 2017 and 2019, where he played 63 matches and scored 17 goals having signed from AFC Wimbledon

George left Inverness to join Hamilton Accies in the Scottish Premiership and he has since had stints at Pirin Blagoevgrad, Kilmarnock and Woking.

Welcome back to Inverness, George!