Four Player called up for Scotland Under 21s 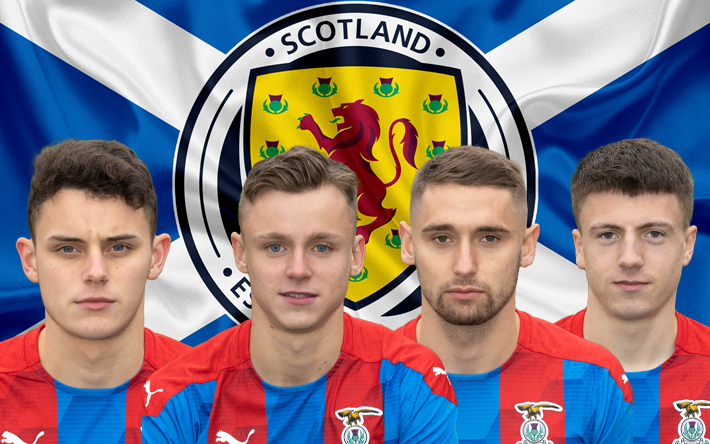 Everyone at the club is absolutely delighted to see the news that no less than four Inverness Caledonian Thistle players have been named in the Scotland U21 Squad today. Robbie Deas, Roddy MacGregor, Cameron Harper and Daniel MacKay* have all been outstanding for ICT this season and thoroughly deserve their call-ups today.

Club CEO Scot Gardiner said “In relation to Roddy, Dan and Cameron, it is testimony to the outstanding work our Academy coaches put in to the boys when they were coming through the ranks of our organisation. Their inclusion in the Scotland U21 squad gives all of our boys in our system a massive boost. With Academy graduate Ryan Christie also featuring in the Euros Squad this summer, ICTFC are proving every year that our players can go all the way to the top.”

“And similarly, the work John Robertson and his staff have put in to further develop the boys and transition them from the Academy into first team players and stand outs at that, has been exceptional. Robbie Deas has also come into the ICT team this season and has been exceptional from start to finish, even playing out of position and excelling at left back. He deserves the recognition. Seeing that ICT are second only in numbers to Rangers in the Scotland squad gives all of us such a great sense of pride.”

*Dan is of course still an ICTFC player until his contract expires in June and I’m sure that he acknowledges that this call up has truly been made in Inverness!