First fans to get the new Strip 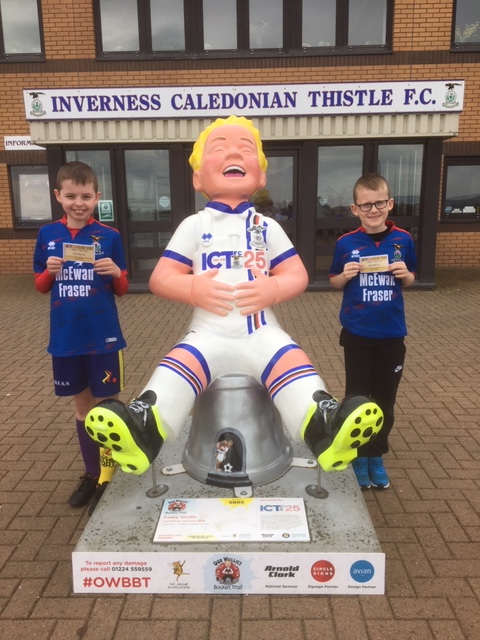 They also picked up their Golden ticket which means that they will be in The Biggest Team Photo when it happens. The first 100 fans under 12 years old to buy the new 1st team home strip (jersey, shorts and socks) will be in the photo with the ICTFC squad.

There was a bit of rivalry when they were asked which of their schools would win the Noisiest Primary School in Inverness…..look out for further information on this.