David Carson named Championship Player of the Month for March 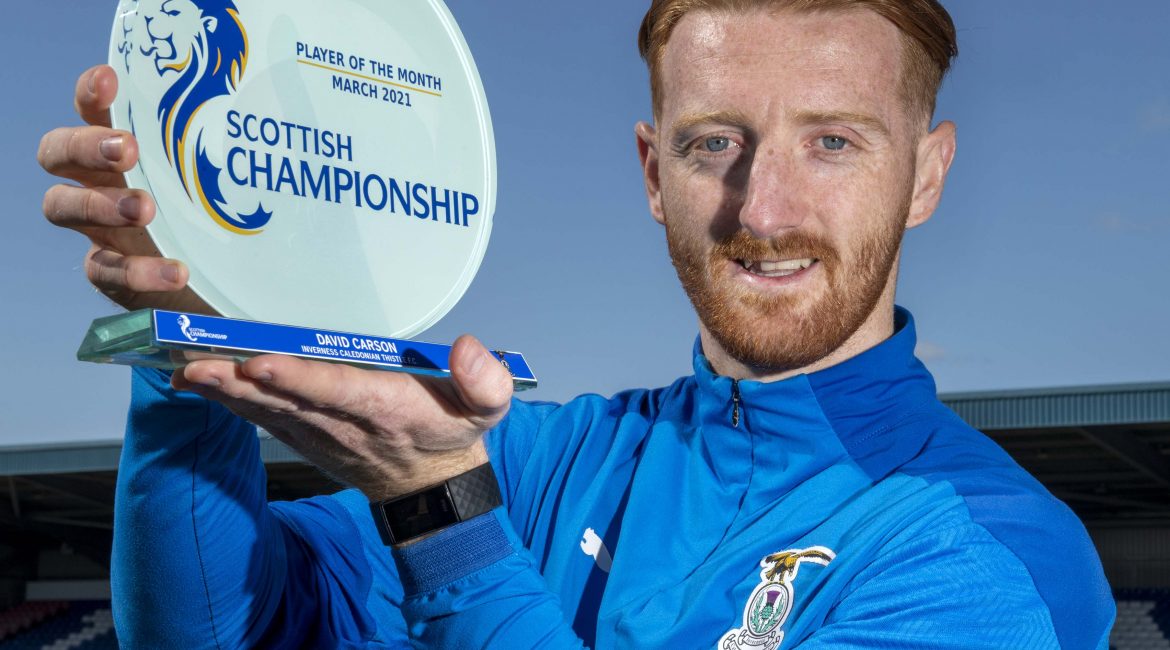 Congratulations to David Carson as he has been named the SPFL Scottish Championship Player of the Month for March.

David featured in all six of our league matches in March moving from midfield to right back and he got his first Caley Thistle goal on March 20th against Dunfermline in our 1-0 win at East End Park.

The club are delighted that David’s outstanding recent performances have been recognised with this award!