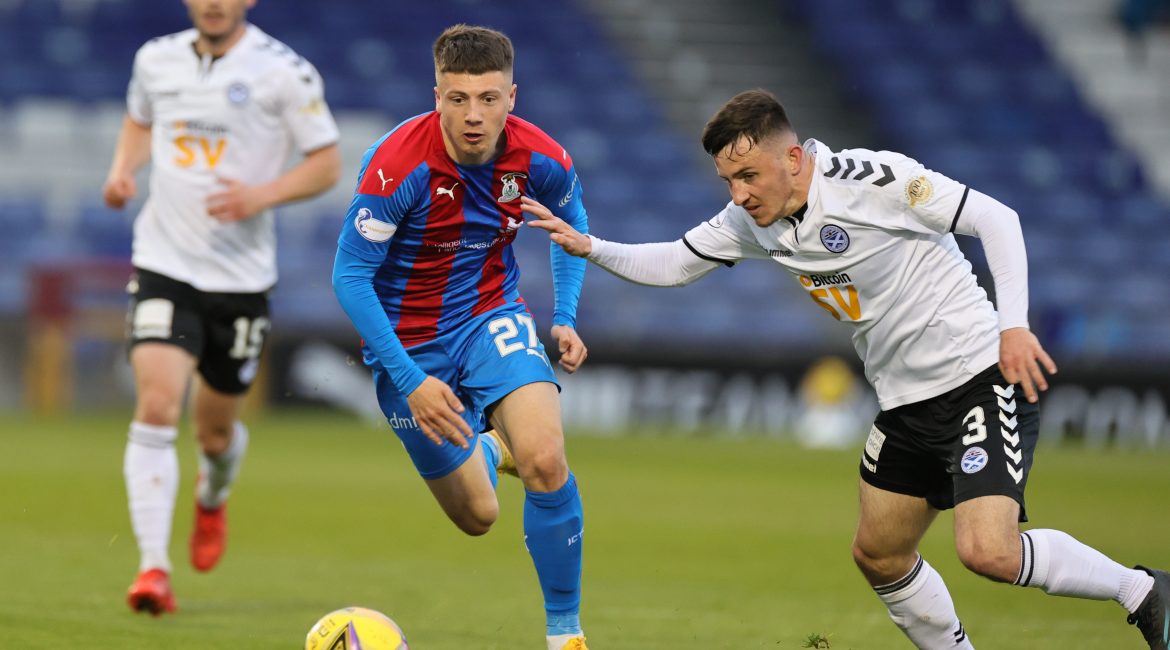 The club can confirm that we have agreed terms with Hibernian FC for Daniel MacKay. The completion of the deal will be subject to Dan completing a medical over the next 24 hours.

Daniel made 57 appearances for the club, scoring 12 goals. He also holds the record for being the club’s youngster goal scorer at 16 years 171 days with his goal against Peterhead on his debut in October 2017.

Club CEO Scot Gardiner spoke re the announcement saying “We have had a number of clubs following Daniel’s progress over the last couple of years. We actually turned down an offer for him last season from one top club as we believed both Daniel and the club would be better served by him playing and developing here at ICT. This was proved to be correct on both fronts.”

“That said, his recent terrific form has brought a number of Scottish and English clubs back to the table. Ultimately, the risk of losing him in just over a year’s time and the perseverance which Hibs showed in their pursuit of Dan, allied to the significant immediate and future package we agreed, meant that we could not reasonably turn their offer down, however much we wanted to keep Daniel.”

“Great credit goes to our Academy staff over the years, our first team Coaches, Manager John Robertson and more recently, our interim Manager Neil McCann for all of their tremendous input into developing another fantastic graduate from the club. Daniel once again proves to Highland boys that there is a path to our first team and beyond via the ICTFC Academy.”

“As disappointed as we are to lose Daniel, the continuing financial pressures caused by the pandemic meant that we took the only pragmatic decision we could, while negotiating the best possible package for the club. Daniel goes with our best wishes for his career going forward. He has been at the club since the age of 8, he has been a Caley Jag for 12 years and he was a season ticket holder for most of that time and he will always be welcome back at the Caledonian Stadium.”

“Our thanks goes to the officials at Hibernian and indeed those at the other clubs who were involved in the extended discussions we have been having over the last couple of weeks, all of which were handled with respect, professionalism and complete discretion throughout.