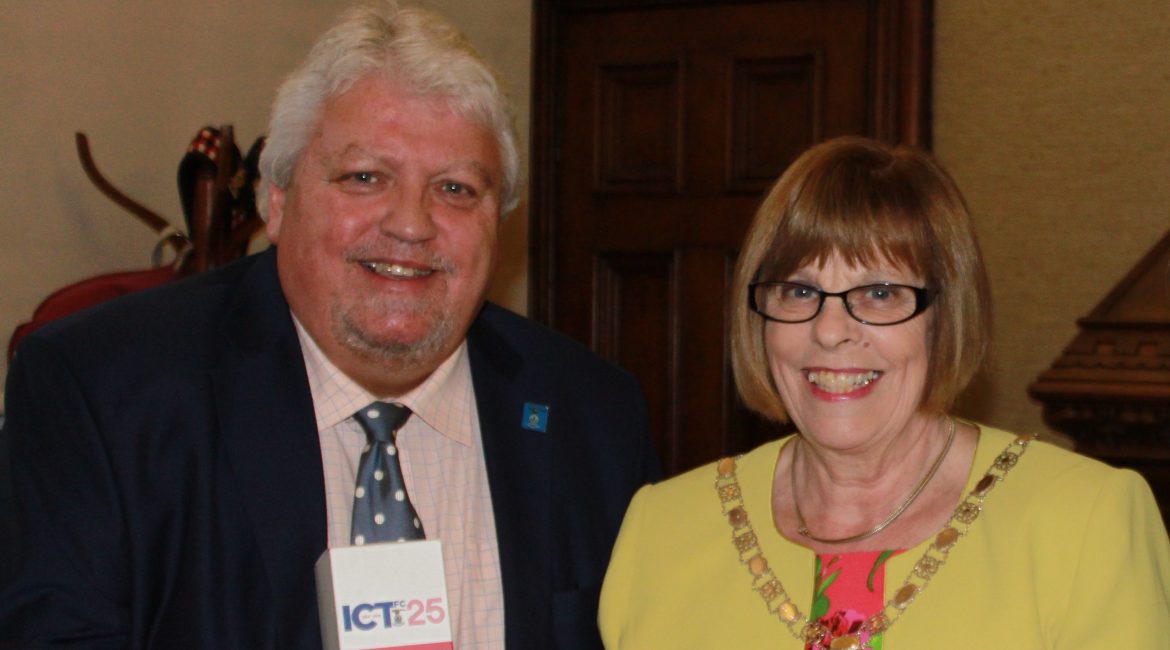 We were honoured by The Highland Council’s City of Inverness Area Committee with a civic reception at the Town House, Inverness, on Saturday night to mark our 25th anniversary.

Hosting the event was Depute Provost Bet McAllister, whose husband and two sons have strong links with the club.

Husband, Bill, provided public relations services to the club for many years.

Older son Mark, a successful businessman now living in Cork,  was a fine attacking left back who played in our very first match in 1994.  During his time with us he made 61 appearances and scored 5 goals. Indeed he has the distinction of scoring our first ever Scottish Cup goal against Queen of the South on the 17th of  December 1994.  During our first season he made most player appearances – 39 out of a possible 40.

Younger son, Kerr, works for the club on match days, welcoming guests to the Boardroom and Corporate Hospitality.

Club chairman Graham Rae thanked sincerely the Council for the reception and for its resolute support of the club.

He said: “Since our formation on 24 February 1994, the Council has been a close and valued friend of the club. We received a very welcome grant towards the cost of building our stadium at the Longman.   We received timely loans to build the North and South Stands and most recently we got the Council’s blessing to take back the leases of the stadium and stands. Our successes have always been recognised by the Council and who can forget the celebrations when we won the Scottish Cup in May 2015 and qualified for the first time for Europe.

“In turn, I hope we have been good for our local community. A successful football club brings pride to the city and boosts the local economy.”

He recalled the club had played more than 1,000 competitive games; fielded 280 players and scored more than 1700 goals.

Ross Tokely had played most games – a remarkable 589;  Dennis Wyness had scored most goals – 101,   while coach Barry Wilson had scored the last goal of the 20thcentury and the first of the 21st century.

He  added: “There are so many landmarks and milestones and I am greatly looking forward to the publication in the summer of a book being written by our historian Ian Broadfoot.”

Mr Rae singled out for special mention club secretary Jim Falconer  who has been with the club since the beginning and who will be retiring at the end of the season.   Jim had played a key role in the formation of the club and over the 25 years had provided the club with a truly exceptional service.