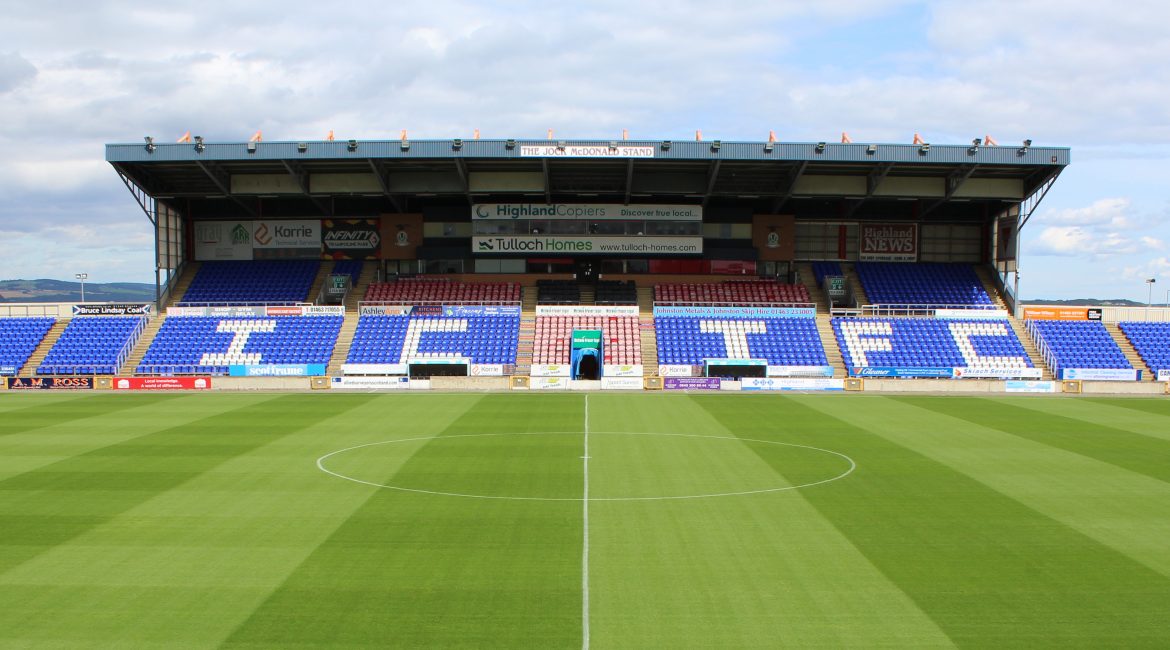 As a footballing landmark in the region, it will provide a first-class match day experience for players, coaches, officials, and spectators.

Clachnacuddin Women FC and Lewis & Harris WFC are confirmed as the two finalists after the latter’s victory on Sunday. It means the top two teams in the league, separated by just three points, will battle for the first ever silver wear in the region.

Eilidh Anderson, Clachnacudden WFC Captain, was at the Caledonian Stadium last week and said: “The girls will be delighted when they hear. Inverness Caledonian Thistle are a huge club in the Highlands, so getting the opportunity to play on the pitch is a big deal for us.”

Fiona McIntyre, Executive Officer of SWF, added: “We are delighted to have secured the Caledonian Stadium for the final. It’s an iconic stadium within the region and will allow for SWF to make this event a spectacle to further promote the girls’ and women’s game.

It has also been confirmed that Orion Group will be the official sponsor of the final. The international recruitment business, based in Inverness, are big supporters of women’s football in the region.

Orion Group marketing manager, Dean Reilly, said they were honoured to provide our support for Women’s football and the Highland League cup final.

“We are delighted to be able to assist in providing sponsorship for such an historic match”, he said. “Football continues to play a huge part in the Inverness community and Orion Group is extremely proud of the success and growing popularity of women’s football in the highlands.”

“To have Orion Group involved in this event is a massive statement for all involved in the game”, said Fiona. “As a Highlands and Islands based company who are already invested in the game, it’s a perfect fit. Their sponsorship allows us to help take the game to the next level for girls and women in the region.”

This has already been a historic year for girls’ and women’s football in the Highlands and Islands. The League and League Cup are a first for the area, with teams and clubs previously having to enter national leagues.