Billy Dodds named Glen’s Manager of the Month for August 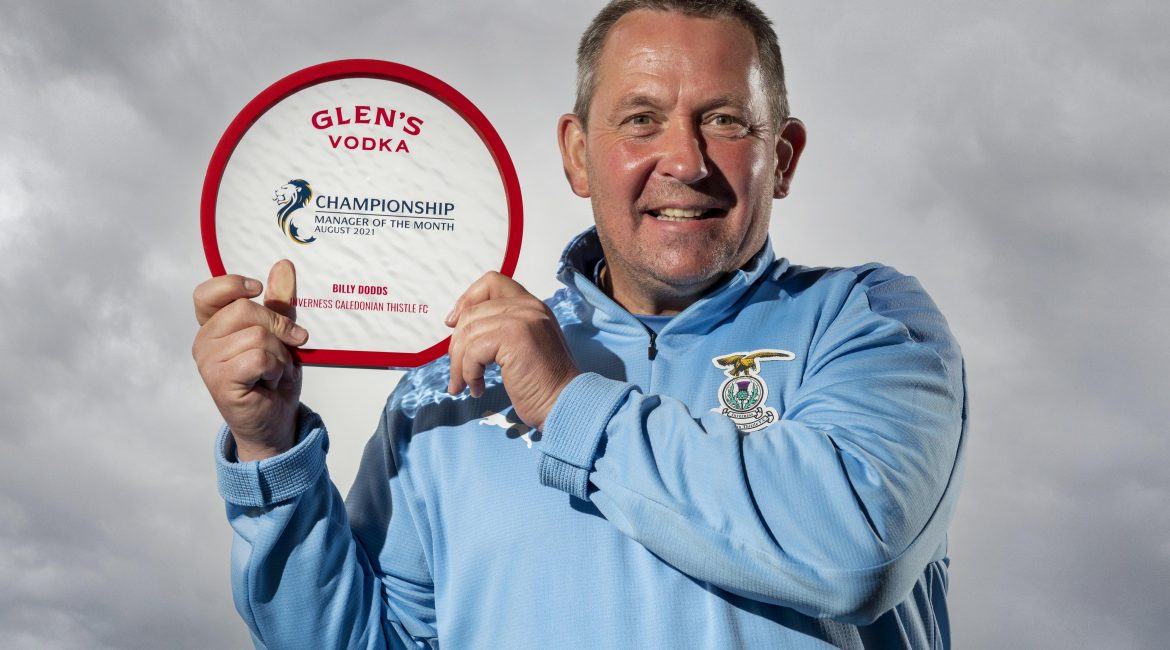 Inverness Caledonian Thistle FC’s Billy Dodds has completed his perfect start to the season after being announced as the Scottish Championship Glen’s Manager of the Month for August 2021.

Dodds led Caley Thistle on an impressive run in the first month of the season that saw the club take maximum points following league victories over Arbroath, Raith Rovers, Ayr and Kilmarnock.

“After a flawless start to the season, Billy Dodds is a more than worthy winner of the Scottish Championship Glen’s Manager of the Month award. My congratulations to him, his colleagues and his squad on a fantastic start to their campaign.”

After finding out about his Glen’s Manager of the Month award, Dodds was quick to dedicate the accolade to his players and staff.

“I’d like to thank my players and staff; without them I wouldn’t have been able to win this award.

“I have great people with a great work ethic behind me, and the boys have reacted to that. It’s absolutely brilliant for me, I can’t thank them enough.

“It’s the old cliche to thank the staff and players but it’s a fact I wouldn’t have won this award without them, especially the players. The work ethic has been incredible.

“You have a chance of winning the award when you get results and we’ve had four wins and four clean sheets. That is down to the players’ mental attitude and work ethic, and they’ve brought it every week to me so far.”