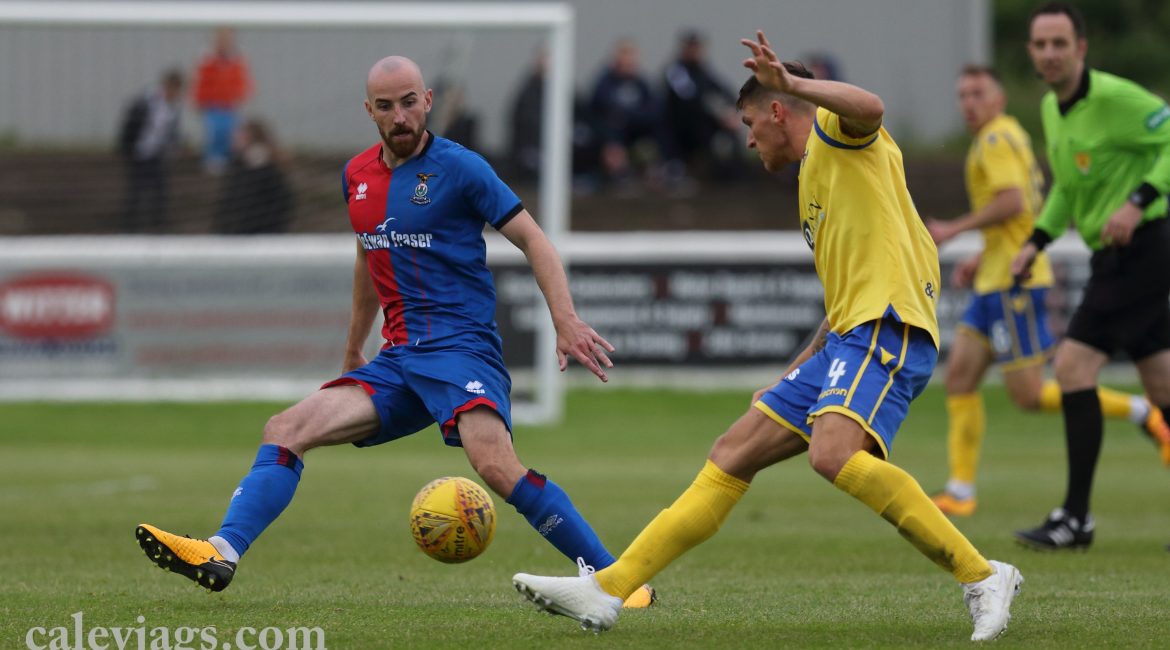 Caley Thistle kick off the 2019/20 season as they travel to Balmoor Stadium tomorrow evening to face Peterhead in the Betfred Cup Group Stages.

“It’s going to be a difficult game, they’ll be full of confidence from winning the league last year and they had a good result on Saturday, they will go into it with nothing to lose. It’s our first game back, we had a good pre-season but we know we’re going to have to be at the top of our game to take three points.”

“The League Cup is about who can hit the ground running, Peterhead had their first game on Saturday and we had our free week which we used and they boys played well on Friday night against St Johnstone.”

“It’s been a good pre-season but now we have to kick on tomorrow night but it’s going to be a very tough fixture. We want to try to get out of the group stages and take the momentum into the start of the season.”

“It’s going to be a tough game, it’s always tough to play to play teams that are on a high and they certainly are after winning their league last season and wining their game last Saturday too, so we’re expecting a really though game.”

“I’ve probably played as many minutes as anyone else in pre-season so I’m feeling good. We had another good run out on Friday night against a strong St Johnstone team so I’m just looking forward to the proper stuff getting started.”

On Saturday, Peterhead beat Cove Rangers 2-1 at Balmoor thanks to goals from Derek Lyle and Rory McAllister after Jamie Masson had given Cove the lead. In the other game in the Group, Dundee started their Betfred Cup campaign with a 3-0 win against Raith Rovers away from home as Andrew Nelson grabbed a double and Craig Curran was the other scorer.

Dundee will travel to face Cove Rangers on Wednesday in the other game in the group this mid-week while Raith Rovers have a free match day this week.

Here is how the Group currently stands

Reminder that the eight group winners advance to the last 16, as do the four best runners up and they will be joined by the four sides that are currently competing in European competition (Celtic, Rangers, Kilmarnock and Aberdeen.)