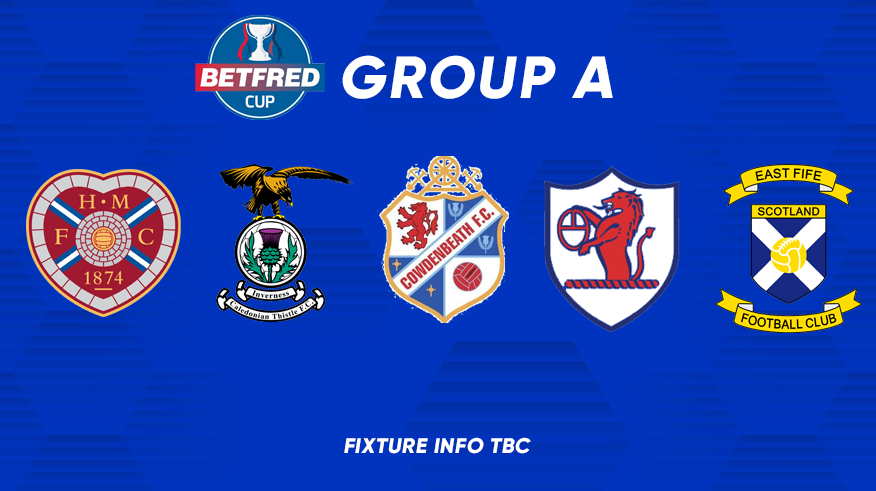 The Betfred Cup Group Draw was completed this afternoon at Hampden Park with the Caley Thistle being placed in Group A with the following sides:

The full group stage fixture list, including Premier Sports TV selections, will be confirmed in due course, with ties to be played on the following dates:

The eight group winners and four best runners-up will progress to the last 16 on November 28/29, where they will be joined by holders Celtic, Rangers, Motherwell and Aberdeen.