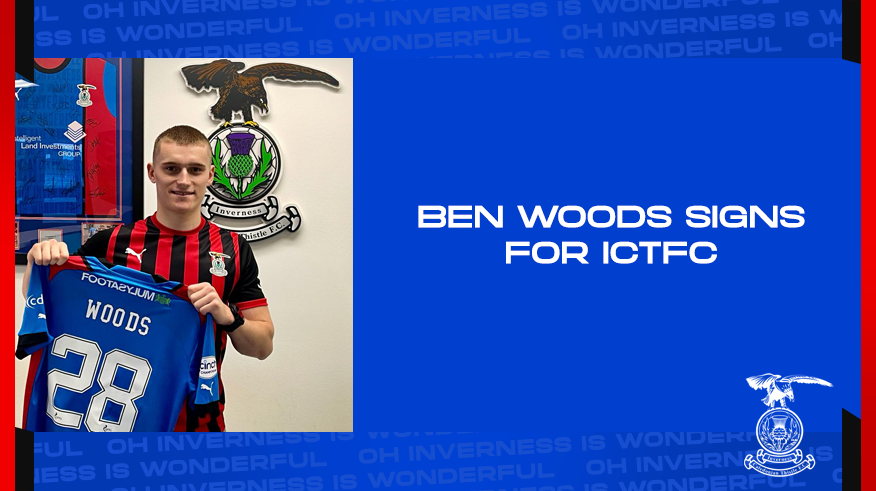 Inverness Caledonian Thistle are delighted to announce the signing of English midfielder Ben Woods on a deal until the end of the season.

Woods, 20 years-old, spent part of his youth career at Manchester United’s Academy signing for them at age 9 and playing there until he was 16 years-old which included having been called up for England at age 15, before moving to fellow Premiership Academy Burnley at 16 years-old. Ben left the Clarets 4 years later in 2022.

Ben has recently been on trial with Billy Dodds’ side and has now put pen to paper on his contract and will wear the number 28 shirt for the club.

International clearance has gone through tonight and Ben will be available for selection for tomorrow’s cinch Championship game against Queen’s Park at the Caledonian Stadium.