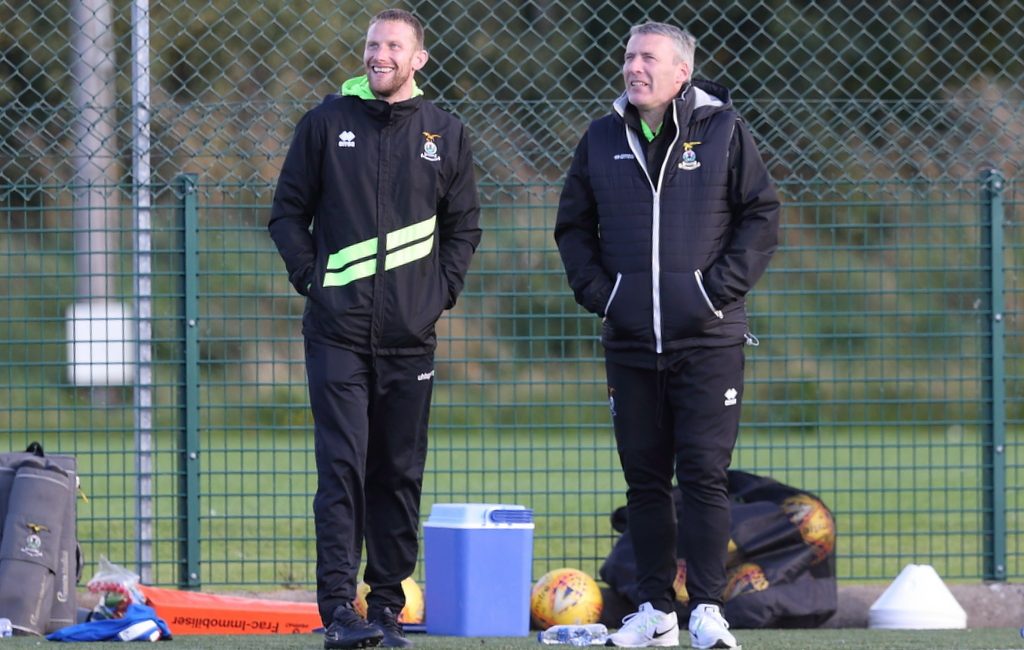 Tonight’s (Friday 18th Jan) U18s match against Hibernian FC at the Highland Rugby club, which was due to kick off at 7pm, has been postponed due to a frozen pitch

We’re delighted with the results in the first half of the season, our performances have been good and that’s the most important thing with the kids as it about performances and them improving. We think the squad are improving and the test will be the upcoming games against the Elite teams. Our last four or five games before the break were against the Elite teams, we managed to win two or three of them then we lost to Rangers and also narrowly against Aberdeen, a couple of days after taking Celtic to extra time in the Cup. The Aberdeen match was hard on the lads, they feel if they were fresher then they would have equipped themselves better.

They’ve come back now, they’ve had a couple of weeks rest and they are raring to go. We have games coming up against Hibs and Hearts, before we head off to Portugal for their training trip, so the boys will be looking forward to that and also looking forward to getting back playing again. The boys will be training in Portugal and we’ll have a couple of friendlies out there too. We head out there on the 10th of February so the boys are looking forward to that. We’ve then got Hibs, Hearts and Celtic so we’re playing up against the elite sides when we return to league action. We got the league table through the other day and the boys are 20 points clear at the top so that speaks volumes for their consistency levels, so it’s important that we don’t take our foot off the pedal and keep going, set their standards higher, make sure they go and win the league. Again, more importantly, keep up the good performances and, for some of them, make sure they are ready for when the manager needs them.

For others, hopefully one or two more will get that chance to break into the first team if they continue to impress. We’ve got Matheus Machado is one who, hopefully his full registration will go through shortly and he will be available for selection, we need to get him ready for if or when the manager needs him. He’s looking sharp and Ryan Fyffe has also been involved in squads and on the bench so it’s all good! Seeing the youngsters getting opportunities is the main thing for an U18s coach and when they have got themselves in the first team, they haven’t let themselves down and that’s the most important thing. We have to make sure they are ready for, if and when, the manager needs them, it’s been good to see Cammy get a proper debut, Roddy now has four or five appearances under his belt, little cameos at the end of games and he’ll only get better.