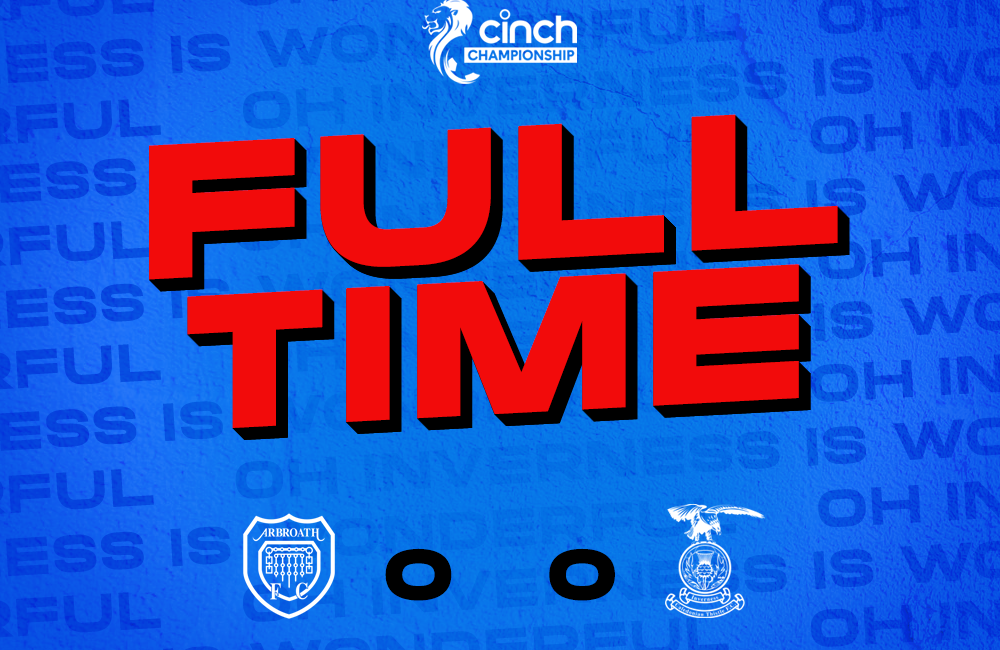 It was honours even at Gayfield Park as Arbroath and Caley Thistle played out a 0-0 draw.

In a match which didn’t have too much action, largely due to the weather conditions at Gayfield Park which made it difficult for the players of both sides to create opportunities.

Head Coach Billy Dodds made three changes to the side which drew with Queen’s Park in the league season opener.  Danny Devine, George Oakley and Nathan Shaw came into the side for Zak Delaney, Austin Samuels and Steven Boyd.

Arbroath had the first chance of the match in the opening minute as Daniel Fosu headed wide from Bobby Linn’s cross.

Caley Thistle then almost had the breakthrough as Roddy MacGregor’s pass found George Oakley in the box, but the striker’s shot was cleared off the line by Colin Hamilton.

Daniel MacKay then produced some fine skill down the left side as he beat David Gold to advance into the box, but the winger’s effort was saved by Gaston.

Billy Mckay saw his shot from just outside the box dragged wide following a good Caley Thistle move. It was great play from Nathan Shaw in the build-up as he found Daniel MacKay in a dangerous position and he played the ball to Billy Mckay on the edge of the box, but the striker’s effort was dragged wide.

Mark Ridgers was forced into a good save before the break, Bobby Linn’s cross found Michael McKenna in the box, but his effort was kept out by the Caley Thistle keeper. The follow-up fell to Daniel Fosu but the Arbroath striker was offside.

Caley Thistle were forced into a change at the break as Wallace Duffy was forced off with injury and was replaced by Zak Delaney.

The first action of the second-half saw Daniel Fosu booked for simulation after going down in the box easily under Zak Delaney’s challenge.

Substitute Austin Samuels had the ball in the back of the net after being slotted through on goal by Daniel MacKay but the offside flag was up.

James Craigen  saw his effort from range held by Mark Ridgers while Nathan Shaw saw his low effort from distance held by Derek Gaston in a second-half with limited chances.

Arbroath had a good chance for all three points late on as Kieran Shanks raced through on goal but his initial shot was saved by Mark Ridgers and the goalkeeper cleared the rebound before the Arbroath striker could get on the end of it.