A big thank you from Angel Wings 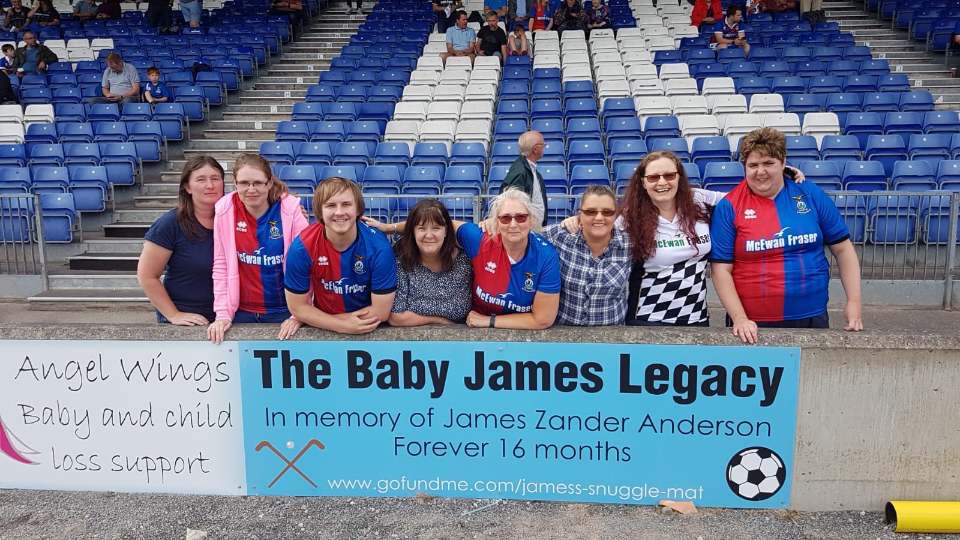 News that the ARCHIE Foundation will be ICT FC’s nominated charity for the new season has prompted the charity we supported last season to express their thanks for our backing.

Angel Wings, which supports families who have lost a baby or child,  raised £6,000 as a result of their partnership with the club.

The club chose Angel Wings as a tribute to one of our youngest supporters, James Zander Anderson, who died at the aged of 16 months.

His grandmother is Liz Macrae, one of our most loyal and long serving supporters.

Liz said: “It has been amazing having the support of the club for the whole season.  Through the various fundraising opportunities including bucket collections, raffles and collections in hospitality we have managed to raise £6,000 which is amazing for a small charity like ourselves.  As a result of this, we have been able to donate a snuggle blanket to the Highland Hospice in Inverness and a cuddle cot to Raigmore Children’s Ward, both in James’s name.

“Being an organisation which offers support to families who have lost children it’s always a difficult subject to get people to speak about.  So a lot of the work done is to raise awareness. Having the promotional boards displayed at the stadium really helped start that conversation with people and helped them to find our page on Facebook.  Being supported by the club also raised the profile and we have been fortunate with the local newspapers also running stories on the work we have been doing as a result of the backing of the club.

“So a big thank you to everyone who made it happen.  I do this to keep the memory of James alive and this has gone a long way to helping me do this.”