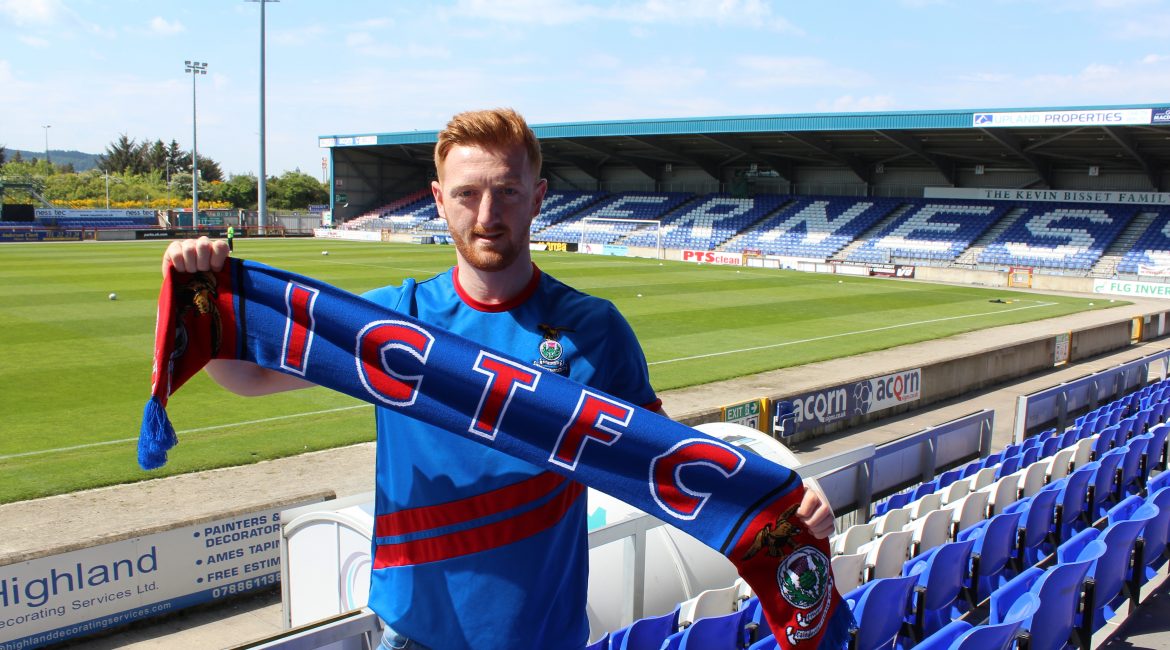 A Geordie by birth, David is a combative central midfielder with an eye for a goal. He played over 60 times for Blackburn Rovers U21’s, where he captained the side, before moving to the Evo-Stik League.

Manager John Robertson previously travelled south to watch him in person, before inviting him for a trial in Inverness in recent weeks where he duly impressed.

Manager John Robertson said “David is very neat on the ball, takes care of it well and aggressively tracks back if he loses it. He also has an eye for a goal and I am looking forward to integrating him into the squad”.

David Carson said: “I’m delighted, it’s been going on for a few weeks now and when there was interest I was hoping that the deal would go through.”

“Two weeks ago, I heard of a bit of interest and the club came to watch me play in a few matches. It was all positive, the ball got rolling from there and I’m very pleased to get the deal over the line.”

He continued: “There’s a few lads from back home who have played for the club so I had a bit of a chat with them. They’ve said a lot of good things and since I’ve been here the people have been lovely, it’s been a great place to be at and I’m looking forward to the start of next season.”

“I know Christie Elliot from Partick Thistle and a few people who have played here themselves, Lewis Horner, Connor Bell and a few others. I had a few chats with people and got positive feedback. Coming to see it myself it’s everything they said.”

“Coming up here is a big opportunity, I want to get myself up here and playing. Seeing the ground, the board, the players, the manager and the backroom staff, everything fits in nicely and I cannot wait to get started.”