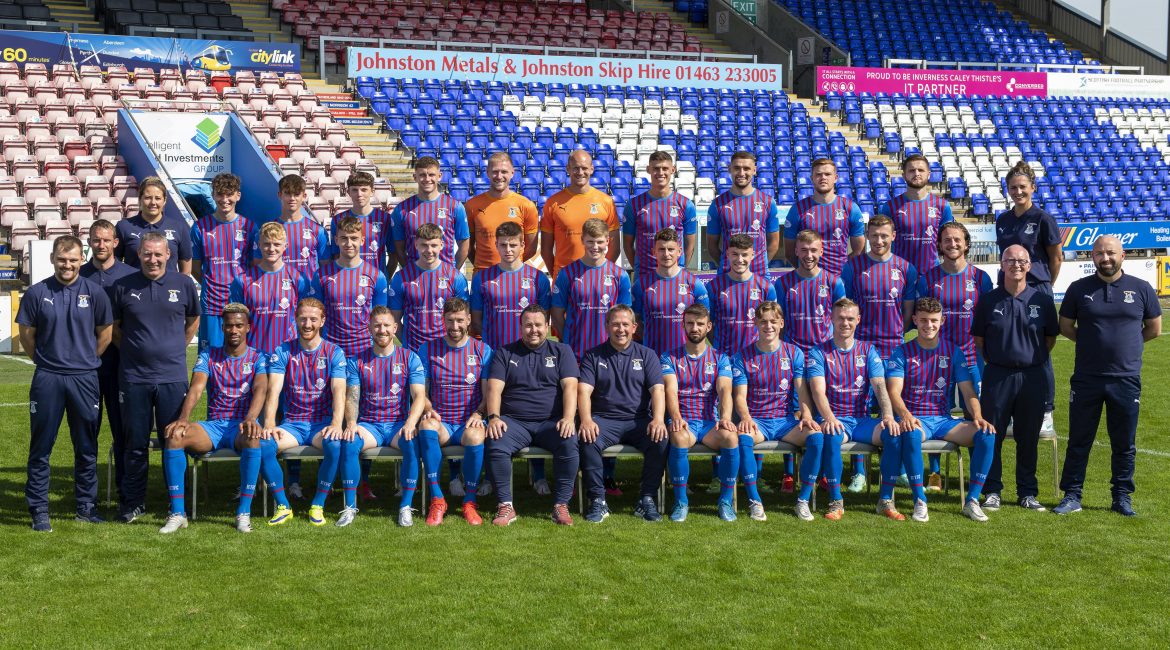 Head Coach Billy Dodds was joined by his coaching staff, first-team staff and squad for the 2021/22 campaign.

The names of everyone in the photo can be found below: