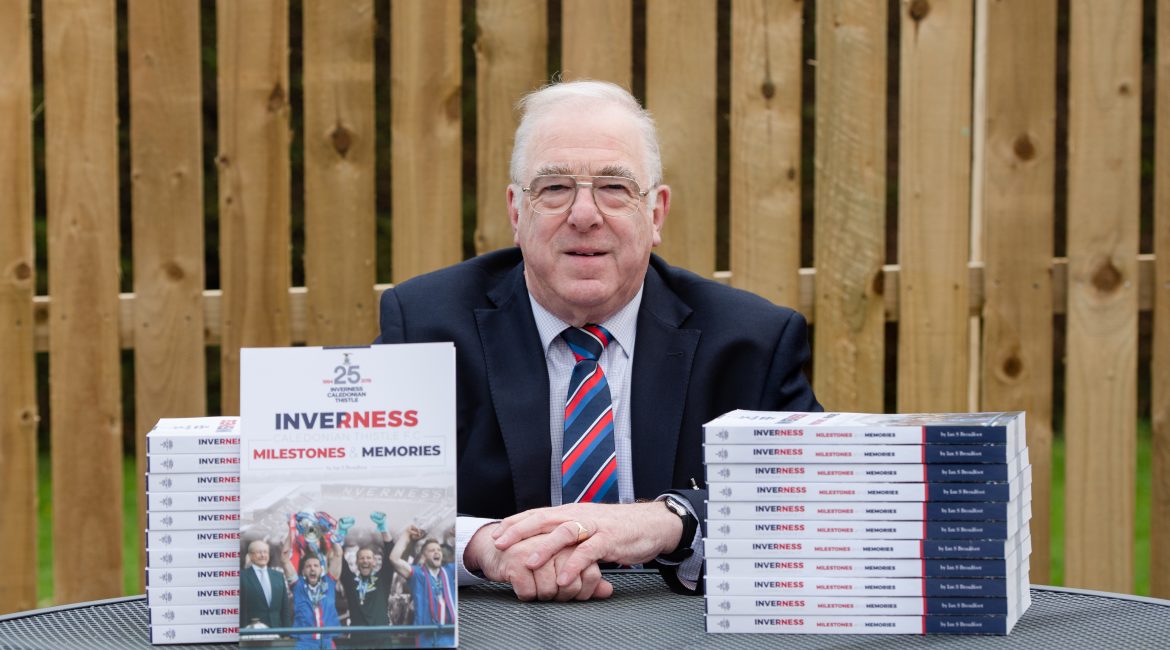 Mr Ian Broadfoot, a lifelong supporter of Inverness Caledonian Thistle and author of two books which have charted the history of the club since its inception in 1994, has been honoured with life membership of the club.

Mr Broadfoot wrote ‘ ‘Going Ballistic!’, a book to mark the club’s 10th anniversary at the end of 2003/04 season as well as the recently published book marking the 25th anniversary, Milestones and Memories.

Ian has also kept player statistics for each season the club has played since 1994 and many fascinating facts and figures.

Club Chairman Ross Morrison said: “Life membership recognises Ian’s great support for the club since our inception in 1994 and his very highly valued voluntary services to the club as marketing officer, club historian and keeper of our statistics.

“We are so grateful to Ian for the time and effort freely given in producing the two books which record our history, firstly Going Ballistic in 2004 and most recently Milestones and Memories, which brilliantly captures our first 25 years.  Maintaining an accurate record of the club’s history is such an important responsibility and Ian has done this brilliantly.”

Ian said: “I am honoured and humbled to be made a life member of the club. It has been a pleasure to be part of such a great adventure for more than 25 years.”

Milestones and Memories is a comprehensive record of the club, chronicling every major event following the decision in February 1994 to merge Caledonian and Inverness Thistle firstly to become Caledonian Thistle and two years later Inverness Caledonian Thistle.  It extends to 324 pages and is illustrated with more than 500 photographs.  It includes the statistics of the 281 players to feature in squads in 1,111 games over the 25 years.

Ian is a retired Chartered Surveyor, who joined the Management Committee of ICT in June 1995. Together with Charlie Christie, ICT Academy Director and former player, coach and manager, Ian started the merchandise operation. Later Ian helped Jim Falconer with team lines and took players and managers to interviews. Despite moving away from Inverness to Perth, Ian has maintained close ties with the club and has continued to keep extensive team and player records.