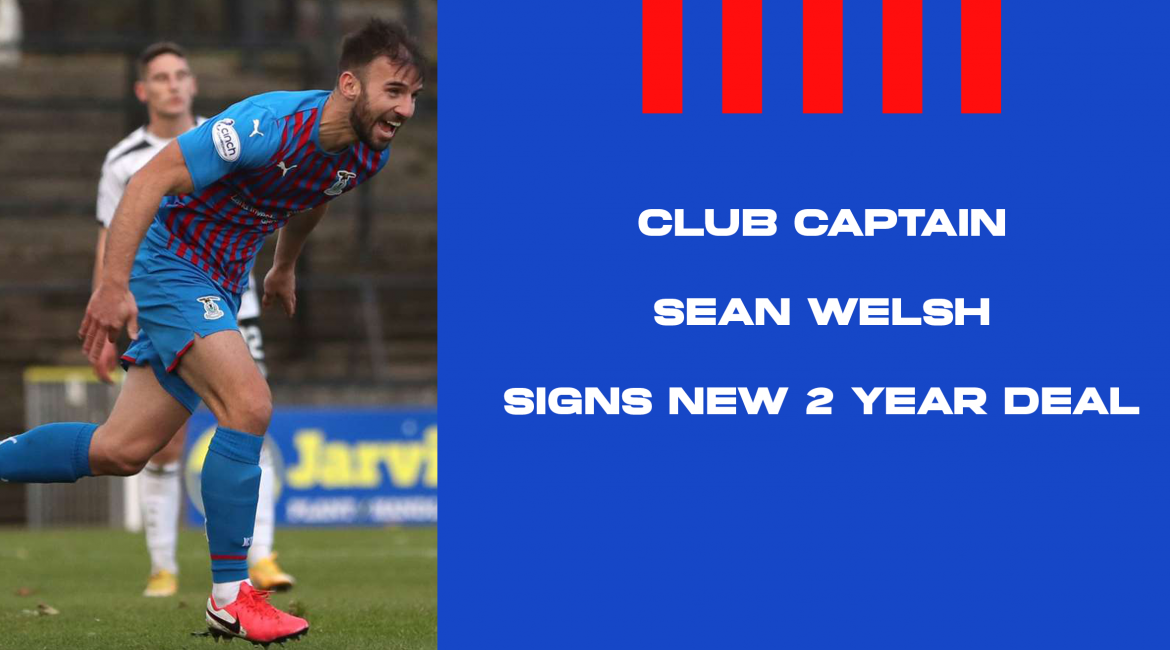 We are delighted to announce that club captain Sean Welsh has put pen to paper on a 2 year deal that will see him at Caledonian Stadium until the summer of 2024.

Speaking to the club media Sean said: “I couldn’t be happier to be staying on in Inverness.”

“While I was gutted to be so close to promotion last month and to just fall at the final hurdle, I really believe we are building something special on and off the park and the backing we had from the fans during the play-offs in particular was tremendous.”

“I hope we can repay them next season by going one step further and getting back up to the Premiership.”