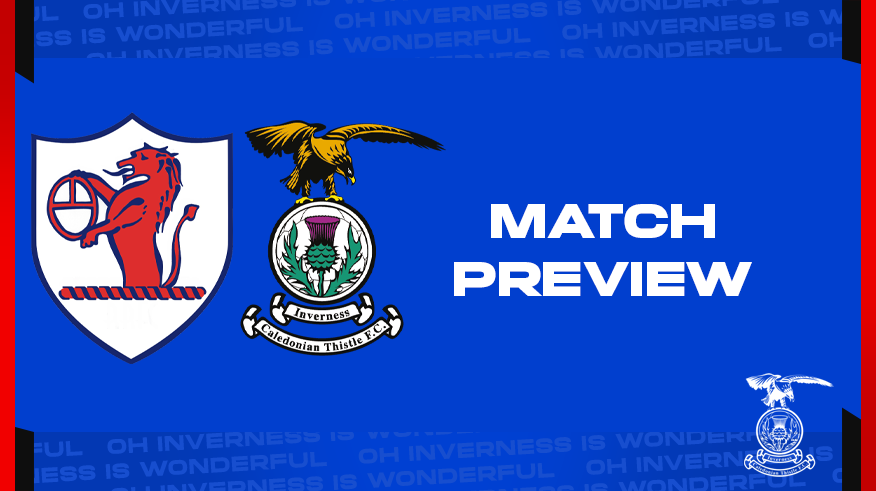 Thoughts ahead of the game

“Get the head down, work hard and I’m sure we’ll get our rewards. That’s what I’ve said to the players.”

“It’s been a hard couple of weeks for us. Losing to Partick Thistle & Morton in the league and losing mid-week in the cup. We’ve got the players to get back to winning ways but it might be a dog fight, us fighting for everything we can get or, we may play well, which would be better but the three points is the most important thing.”

Will the team pick itself

“You structure everything.  You look at your shape and look at your players. You make sure you speak to them and see how they’re feeling.  Tiredness, Stiffness, and a bit of pain so you have to speak to the players to see how their bodies are feeling after the big load of games.”

“We are down to the bare bones but we make no excuses and get on with it. We’re looking for a real workmen like performance which gives us the confidence to win the game.”

Looking to get the team up and running after recent results

“I don’t think you could label any teams favourites in this league. We’ve talked about how unpredictable the league is and a lot is down to confidence and going on good runs like we did at the start and end of last season.”

“I’ve got no doubt the boys will come and get the right results. We have to make sure the right focus and confidence is there because when you blend those two together you have a better chance of winning games.”

What do you expect from Raith Rovers this Saturday

“They’ve been a bit up and down this season like ourselves. I know they finished strongly against Partick last week, they had also won a couple of games on the bounce so they are a dangerous team that enjoy the ball and enjoy creating.”

“We got to make sure we test their backline. I expect a tough match and not just a tough match on paper. In terms of physicality, they’ve got a good blend of solid dependable players, players that take the ball too. A bit different to John McGlynn’s team but still a lot of the same players. We’re not going to go there and wipe the floor with them but we want to go there and win the match.”

“One of my favourite moments last season was the 3-2 match when we didn’t play particularly well, looked down and out. That’s the kind of spirit we need right now when you’ve lost players, haven’t got a couple of results then you just need to stand up. The way we won that game last year was incredible and it is one of favourite moments at the club.”

“Roddy MacGregor is going to be missing for a couple of weeks. It’s a blow because we’ll miss his energy and technical ability. He’s got strained ligaments so it’s not too long term.”

“George Oakley is back from suspension which is great news. He’ll have a bit of freshness, we’ll need everyone we’ve got because it’ll be a tough match. We’ve had a lot of games so we have to realise that and try to freshen it up too. We’ll do what we can to get a decent team out there to go and try to win the game.”

“I said last week that our business is done. We made our signings early and I still believe over the past couple of weeks it has been a confidence issue. We’ve just got to get back at it, work hard to go and win a game.”

“We’ve got good players, we’ve got a good squad, we’re working hard and that is what you’ve got to do when results aren’t going your way. That’s where we are right now but I’m sure it’ll turn.”

ICTFC Supporters will be located in the North Stand. Prices for tickets are as follows:

Tickets can be purchased online: https://www.raithrovers.net/buy-tickets

Supporters are advised to get their tickets in advance and avoid queuing on the day.

The ICT Supporters Bus are running a bus to Stark’s Park. The Bus leaves the Caledonian Stadium at 10.30am. Picking up in Aviemore and Pitlochry