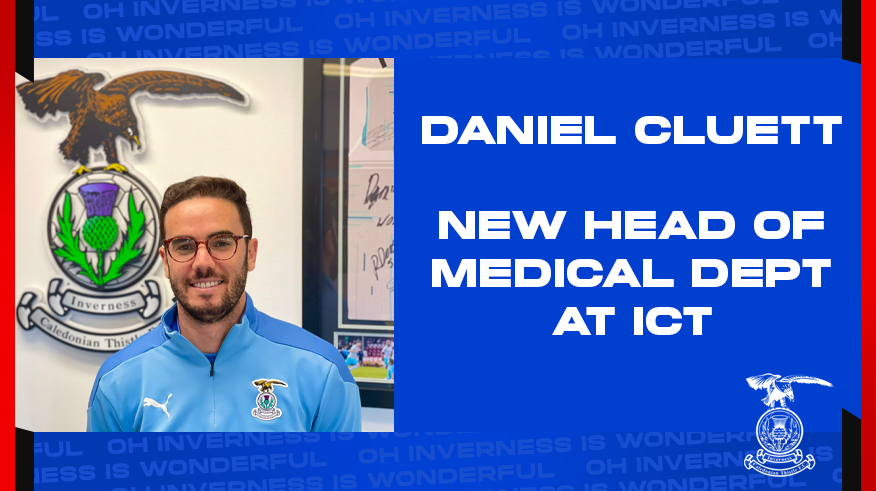 Fans who took in any of our pre-season friendlies, or our first competitive game at Kelty on Saturday would have noticed a new face within the squad.

Maltese national Daniel Cluett has joined the club from Barnet FC in London, replacing the recently retired Dougal Sim as the new Head of Medical Dept at the Caledonian Stadium.

Having previously worked in a similar capacity in Malta at Premier League clubs Gzira United and Pembroke Athleta. Daniel also worked at the Fulham FC Academy before joining Barnet and subsequently ICTFC.

Club CEO Scot Gardiner said “Daniel came very highly recommended to us, so much so that I halted our planned interview process to make sure we secured his services. From our first discussion over the phone and then subsequent calls and meetings, we knew we had an excellent medical professional. I was equally impressed with his commitment to join us north of the border at his soonest opportunity and I know he has already made an extremely positive impact within the club. We genuinely believe he is a big asset for us and while I hope he isn’t too busy, we know that football is a physical game and his knowledge and extremely calm demeanour will play a part in what is another important season for the club”.

Daniel will be speaking personally to the club media in the coming weeks as he talks about his journey from Malta to the Highlands.