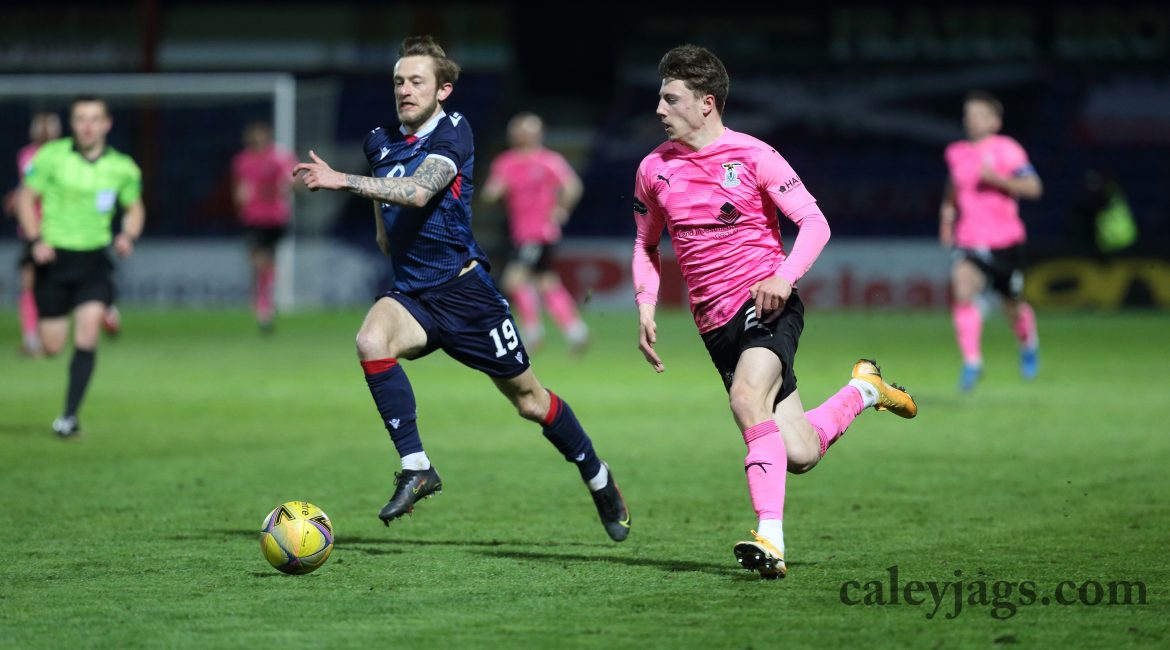 Caley Thistle advanced to the Scottish Cup Fourth Round thanks to a 3-1 victory in the Highland Derby against Ross County.

The scoring was opened by a familiar face in Billy Mckay for County but goals from Nikolay Todorov, Daniel Mackay and Shane Sutherland won the match for the Caley Jags.

Neil McCann made three changes to the side which beat Arbroath 1-0 last weekend with Brad Mckay, Scott Allan and Miles Storey coming in for Cameron Harper, Roddy MacGregor and Shane Sutherland.

Mark Ridgers made his 150th appearance for the club following his 55th ICTFC clean sheet against Arbroath last Saturday.

Caley Thistle started the match in quick fashion with Scott Allan feeding Daniel Mackay through on goal after 30 seconds and the winger shot wide of the mark but the offside flag was up.

Caley Thistle continued their early pressure as Scott Allan picked out Danny Devine with a corner but the defender headed wide after 5 minutes. A minute later Scott Allardice saw his effort from range go over the bar.

Mark Ridgers was tested for the first time in the match after 17 minutes as he collected a free-kick from Iain Vigurs.

Just before the half-hour mark, Nikolay Todorov blasted over after a quick counter attack from the Caley Jags.

On 29 minutes, Caley Thistle had the ball in the net via Daniel MacKay, after he met a through ball from Scott Allan, but the linesman’s offside flag was up.

Ross County took the lead after 38 minutes. Kelly’s corner was flicked on by Shaw and finished by Mckay from close range.

Scott Allan was close to giving Caley Thistle the lead after 42 minutes as he saw his low effort go just wide of the mark.

Caley Thistle did have the lead after the break through a stunning goal from Daniel Mackay. The winger met David Carson’s ball forward on the halfway line and drove forward going past Lakin and Hjelde and he did fantastically to finish past Laidlaw.

On the hour-mark, Scott Allan found Nikolay Todorov in the box but his low shot was blocked by Coll Donaldson.

On 62 minutes, County made a triple sub as Hylton, Charles-Cook and White replaced Gardyne, Shaw and Vigurs.

After 77 minutes, Substitute Roddy MacGregor produced some great work down the right hand side and his cross found Storey in the middle but his shot was deflected behind for a corner.

Goalscorer Daniel Mackay was replaced by Cameron Harper for the final ten minutes and Billy Mckay saw an effort go wide of the mark as County put some late pressure on.

Shane Sutherland sealed all our place in the next round in closing stages of the round as he made it 3-1. Robbie Deas’ free-kick from deep was cushioned on by Roddy MacGregor into the path of Sutherland to finish past Laidlaw.

Caley Thistle now take their place in the Last 16 Draw, which will be made alongside the Quarter Final draw on Sunday 4th April at 2pm on the Scottish Cup Social Media Channels