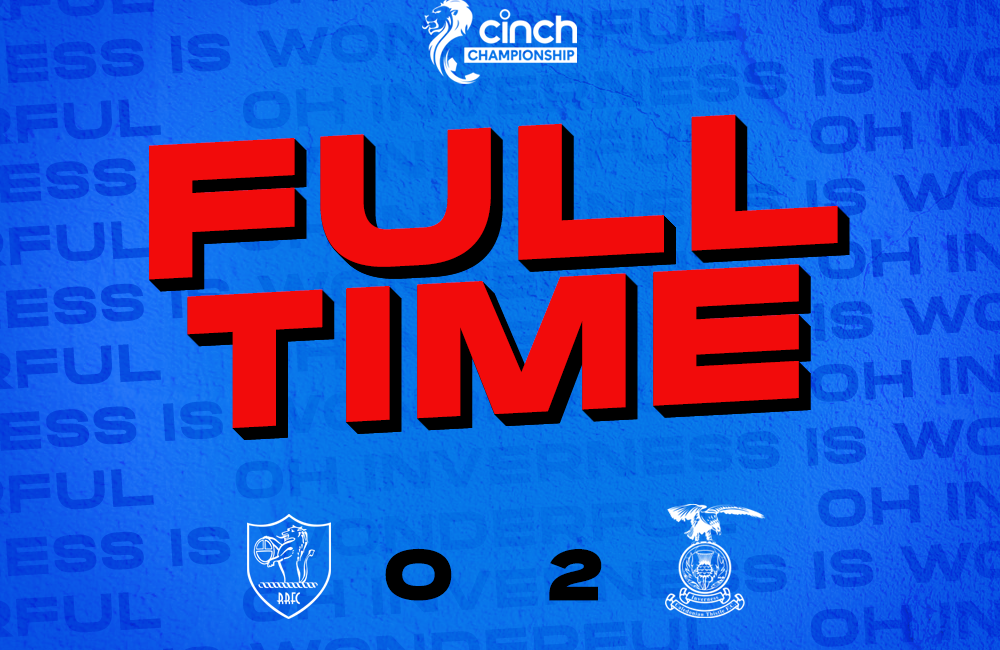 Caley Thistle secured all three points against Raith Rovers thanks to goals from Scott Allardice and Billy Mckay in the second-half.

Allardice converted from the penalty spot after an hour while Billy Mckay secured the win the 90th minute.

Head Coach Billy Dodds made three changes to the side which lost 4-0 to Motherwell on Wednesday as Steven Boyd and Zak Delaney came into the side while George Oakley returned from suspension. Billy Mckay and Nathan Shaw dropped to the bench while Roddy MacGregor missed out through an injury he picked up against Motherwell.

The home side started well but Caley Thistle got the first real chance of the game after 11 minutes as Cameron Harper’s shot was deflected behind for a corner. Caley Thistle players were appealing for a penalty as corner was whipped in but nothing was given by referee Don Robertson.

After 25 minutes, Zak Delaney produced a great run through the middle and eventually crossed the ball in from the right which found Steven Boyd in the middle, the Caley Thistle got two shots away but they were blocked in front of goal with the rebound falling to Daniel MacKay but his tame effort was wide.

Jamie Gullan went close for Rovers with a volley from outside the box but it was just wide of the right hand post. Gullan was then forced off with an injury after 31 minutes as he was replaced by Connor McBride.

McBride almost made an instant impact after 33 minutes, just two minutes after he came on, as he played the ball to Dylan Easton on the edge of the box but the midfielder’s shot was over and behind.

Towards the closing stages of the first-half Mark Ridgers produced a fine save to keep scores level. The Caley Thistle keeper did well to pluck Dylan Easton’s effort out of the top right-hand corner and turn it behind for a goal kick.

After an hour, Caley Thistle were awarded a penalty as Daniel MacKay was taken down in the box by Ross Millen, after some great play down the left-hand side. Scott Allardice stepped up and slotted the penalty past Jamie MacDonald to open the scoring.

Substitute Billy Mckay had a chance after 76 minutes as he was played through on goal by Cameron Harper but his chipped effort was just over the bar and behind.

Billy grabbed his goal in the final minute. Caley Thistle broke on the counterattack and Daniel MacKay found Mckay in the box as he calmly slotted past Jamie MacDonald.