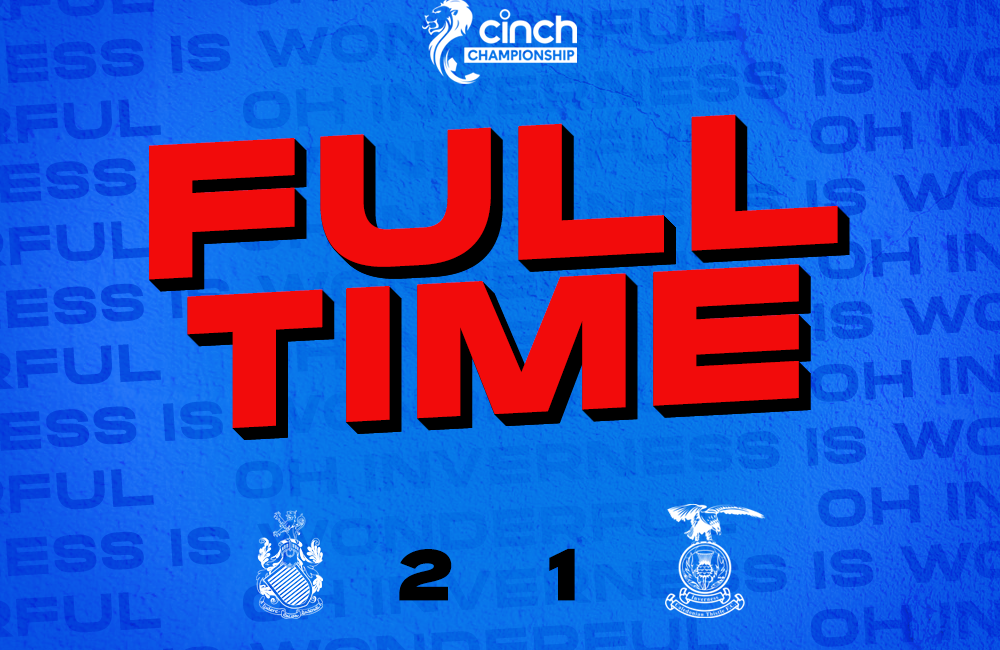 Head Coach Billy Dodds named an unchanged side from last weekend’s 1-1 draw with Arbroath at the Caledonian Stadium.

Queen’s Park started brightly, and Cameron MacKay was called into early action as he turned one behind with his legs as Simon Murray went clean through on goal.

Sean Welsh had Caley Thistle’s first chance as his header bounced wide after he met Doran’s cross in the middle.

Caley Thistle did take the lead after 16 minutes as Sean Welsh’s clipped through ball met Billy Mckay in the box and he fired the ball past Callum Ferrie to open the scoring.

Queen’s looked for an equaliser as Dom Thomas’ cross found Simon Murray in the box but his header bounced wide of the post.

Caley Thistle looked to extend their lead before the break as Nathan Shaw’s cross found Billy Mckay in the box but his header was held by Ferrie.

Queen’s Park started the second-half strongly with a flurry of chances. The home side thought they had equalised through Lee Kilday straight after the restart but the offside flag was up.

Cameron MacKay was then called into action as he turned Simon Murray shot from inside the box behind for a corner. From the resulting corner Queen’s drew level as Charlie Fox headed past Cameron Mackay after meeting Dom Thomas’ delivery.

Queen’s continued to press for a winner, Josh McPake and Simon Murray both dragged efforts wide.

David Carson produced a good block to stop Josh McPake’s goal bound effort from threatening Cameron MacKay’s goal. While Patrick Jarrett saw his low effort from inside the box come off the post with around twenty minutes to go.

Caley Thistle then had chances of their own as Aaron Doran met Nathan Shaw’s ball in the box but his effort was over the bar. Doran then had another chance as he saw his shot go just wide after he met Billy Mckay’s cross in the box.

Queen’s did take the lead after 73 minutes. Simon Murray got on the end of Grant Savoury’s low cross in the box to make it 2-1 to the home side.

Queen’s look to extend their lead in the dying minutes as Jack Thomson saw his effort from inside the box cannon off the post.