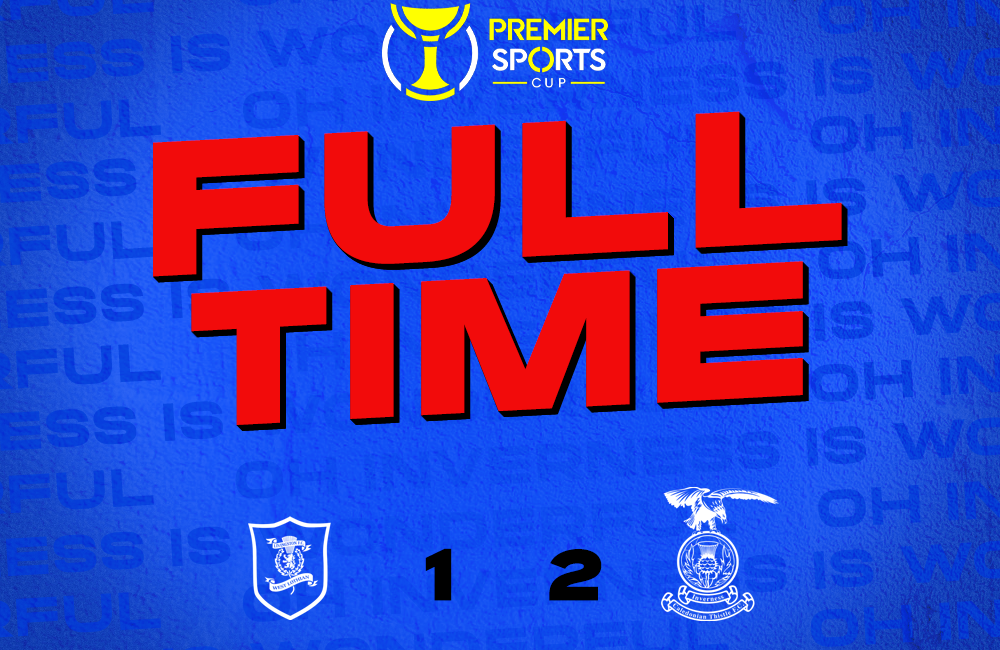 Caley Thistle beat Livingston away from home to make it two wins from two in the Premier Sports Cup Group Stage.

Austin Samuels and Daniel MacKay got the goals either side of half-time for the Caley Jags as Livingston goalkeeper Max Stryjek was sent off for a high challenge on Austin Samuels in the second half.

Jason Holt grabbed one back for Livingston late on and he missed a late penalty to level game after George Oakley fouled Scott Bitsindou in the box.

Head Coach Billy Dodds made three changes to the side which beat Kelty Hearts on Saturday with Zak Delaney, Lewis Hyde and Nathan Shaw coming into the side for Aaron Doran, Billy Mckay and the injured Max Ram.

Livingston started the game strongly and their best chance came after 15 minutes as Joel Nouble produced some great work down the left to find Isma Goncalves in the box but his shot was blocked on route to goal.

Caley Thistle went close through Robbie Deas as the defender met Cameron Harper’s free kick in the box but his header came off the crossbar.

Daniel MacKay then went close to opening the scoring as he broke clear on the left-hand side, but his shot was saved by Stryjek.

Nicky Delvin was close to giving the home side the lead with an outrageous effort from his own half. He looked to dink over Mark Ridgers from his own half and the ICT keeper had to push the ball onto the bar and behind.

Caley Thistle got the breakthrough after 37 minutes through Austin Samuels. The Caley Thistle forward finished off a great counterattack started by Scott Allardice who found Daniel MacKay down the left and his cross was finished by Samuels in the middle for the opener.

Livingston were reduced to 10 men on the hour-mark as goalkeeper Max Stryjek committed a high challenge on Austin Samuels outside the box after the Caley Thistle striker was quickly released by a long ball from Mark Ridgers.

Substitute goalkeeper Ivan Konovalov was called immediately into action as he tipped Cameron Harper’s free kick from the edge of the box over the bar.

Caley Thistle doubled their lead after 68 minutes thanks to some individual brilliance from Daniel MacKay. The Hibs loanee produced fine skill down the left-hand side to beat Scott Pittman and his effort squeezed into the back of the net.

Jason Holt pulled one back for Livingston after 84 minutes. The midfielder did well in the box and finished past Mark Ridgers.

Livingston pilled on the pressure in the closing minutes and had the chance to level it after 88 minutes as George Oakley was penalised was fouling Scott Bitsindou in the box.

Jason Holt stepped up for his second goal of the match, but his penalty was high and over the bar.

Caley Thistle held on to secure the win to make two wins in two to start the Premier Sports Cup Group Stage. The Caley Jags have a free week this weekend so are next in action on Tuesday 19th July, at home against Albion Rovers.