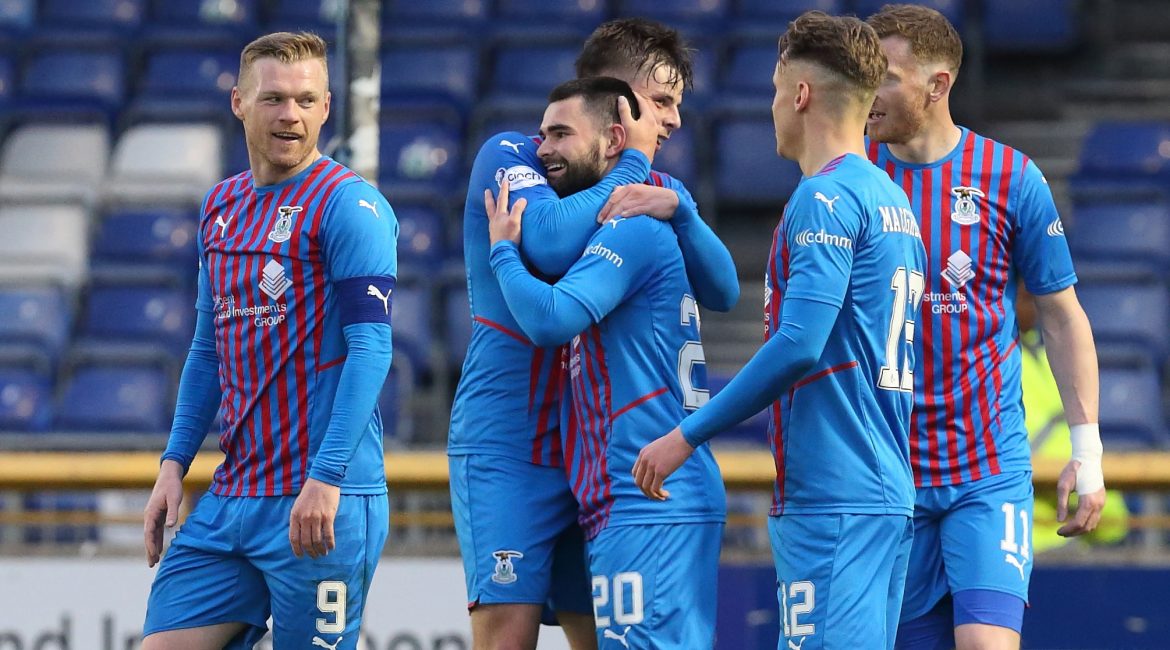 The opening goal came after only 5 minutes on the clock, Tom Walsh produced a brilliant solo run after receiving the ball from David Carson and he drove onto the edge of the box and fired a low shot past Ryan Fulton.

It was 2-0 the Caley Jags after great play from Walsh to feed through Shane Sutherland on the right side and he produced a fine finish past Ryan Fulton to make it 2-0 after just 15 minutes on the clock.

Club Captain Sean Welsh replaced Wallace Duffy after 25 minutes as the defender went down with a calf injury.

Another goal came after 28 minutes as Joe Hardy got his first Caley Thistle goal. Billy Mckay’s pass feed through Tom Walsh and his low cross was turned in by Hardy in the box for 4-0.

Billy Dodds opted to rotate the squad in the second-half as all five named substitutes got action. Starting with Cameron Mackay and Austin Samuels who came on at the break and by the 62nd minute as McAlear and Chalmers made their way onto the pitch.

Following the Full Time whistle the Caley Thistle showed their appreciation to the fans for their support this season ahead of the Premiership Play-Offs starting on Tuesday.

Also, the winners of the Player of the Season Awards were announced following full-time.