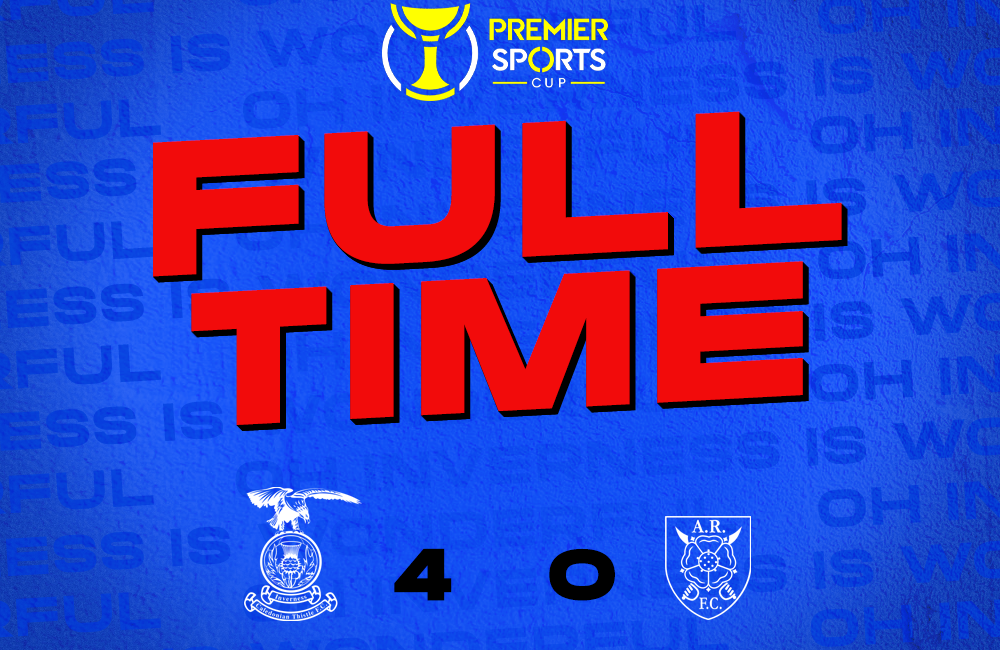 Caley Thistle ran out 4-0 winners against Albion Rovers at the Caledonian Stadium to make it three wins from three matches in the Premier Sports Cup Group Stage.

Billy Mckay got an early opener with Cameron Harper getting two and the other goal coming from Wallace Duffy.

The win means Caley Thistle just need a point in the final group match v Cove Rangers to secure their place in the Last 16.

Billy Dodds made four changes to the side which beat Livingston last Tuesday with Cameron Mackay, Wallace Duffy, Aaron Doran and Billy Mckay coming into the side for Mark Ridgers, Lewis Hyde, Nathan Shaw and Zak Delaney.

It didn’t take long for Inverness to take the lead, Daniel Mackay’s cross picked out Billy Mckay in the box as his initial header was saved but he put the rebound into the back of the net to make it 1-0.

Albion Rovers responded well to going behind and Cameron Mackay was called into two saves immediately following the opening goal as he kept out strikes from Kyle Fleming and Scott Roberts.

But the second goal came just before the break and it was through Cameron Harper, the left-back’s free-kick from the edge of the box straight into the back of the net!

Straight after the restart, Caley Thistle made it 3-0 as Cameron Harper’s corner found Wallace Duffy in the middle and the defender produced a great finish to get his first for the campaign.

Duffy then turned provider for the final goal of the match as his clipped pass found Harper in the middle and he headed over the onrushing Albion Rovers goalkeeper.

Albion could’ve grabbed one back towards the end of the game as they hit the woodwork twice. Devan McColl’s initial effort came off the post and the follow up from Kieran Dolan hit the crossbar.

Caley Thistle then hit the post themselves as Lewis Hyde’s deflected effort from just outside the box hit the post.

The wins keeps Caley Thistle in full control of Group G as they face Cove Rangers in the Group’s final match on Saturday.