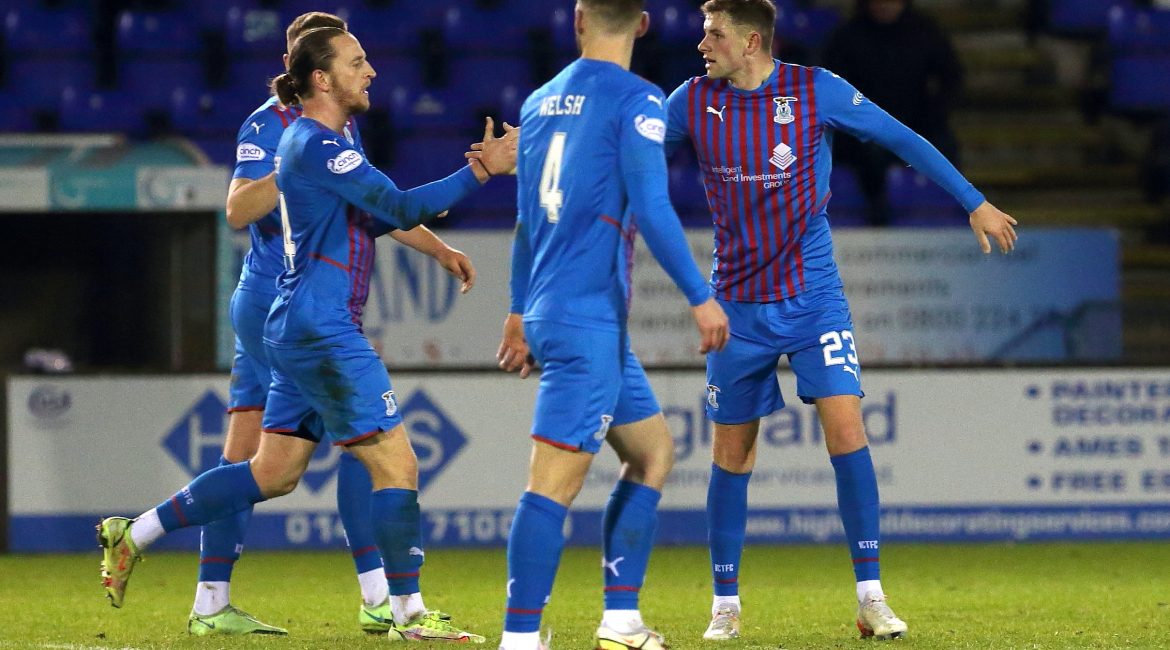 A stunning finish from Reece McAlear rescued a point for Caley Thistle, as they drew 1-1 with Raith Rovers at the Caledonian Stadium.

Ethan Ross had given the home side a first-half lead with a stunning strike to open the scoring.

Billy Dodds made one change to the side which drew 1-1 with Arbroath last weekend, as Cameron Harper came into the side for the injured Aaron Doran.

Raith Rovers started well and had a chance after 4 minutes, Ethan Ross’ effort was blocked by Danny Devine and the follow up by Ethon Varian was put wide of the mark.

Rovers had the lead after 24 minutes, Ethan Ross picked up the ball in the middle of the park, drove forward and unleashed a stunning strike past Mark Ridgers to open the scoring.

Caley Thistle looked for an instant response, David Carson’s free-kick was swung in and put back into the box by Danny Devine after Raith could only partly clear their lines and Billy Mckay finished from close range but his effort was ruled offside.

Mark Ridgers needed to be alert to turn behind an low effort from Ross Matthews after 36 minutes as the Caley Thistle keeper turned it behind for a corner.

Two minutes later, Ross Matthews had another go at goal but his effort was deflected into the path of Ethan Ross in the box but the midfielder put his effort wide of the mark.

Caley Thistle made two changes at the break as Manny Duku and Reece McAlear replaced Wallace Duffy and David Carson.

The home side started the second-half brightly and Cameron Harper swung in a great cross, which found its way to Walsh and the back-post and his cross found Billy Mckay in the box but he headed wide of the mark.

After 65 minutes, Shane Sutherland played Manny Duku down the left side and he drove just inside the box and shot but his effort was held by Jamie MacDonald.

After 70 minutes, Reghan Tumilty went close to doubling Raith Rovers’ lead as he drove forward from a Rovers counter attack after being played down the right but his effort was wide.

Caley Thistle got themselves level after 86 minutes, through stunning strike from Reece McAlear. The midfielder picked up the ball in the middle and drove forward and fired straight into the bottom corner to secure a point for the Caley Jags.