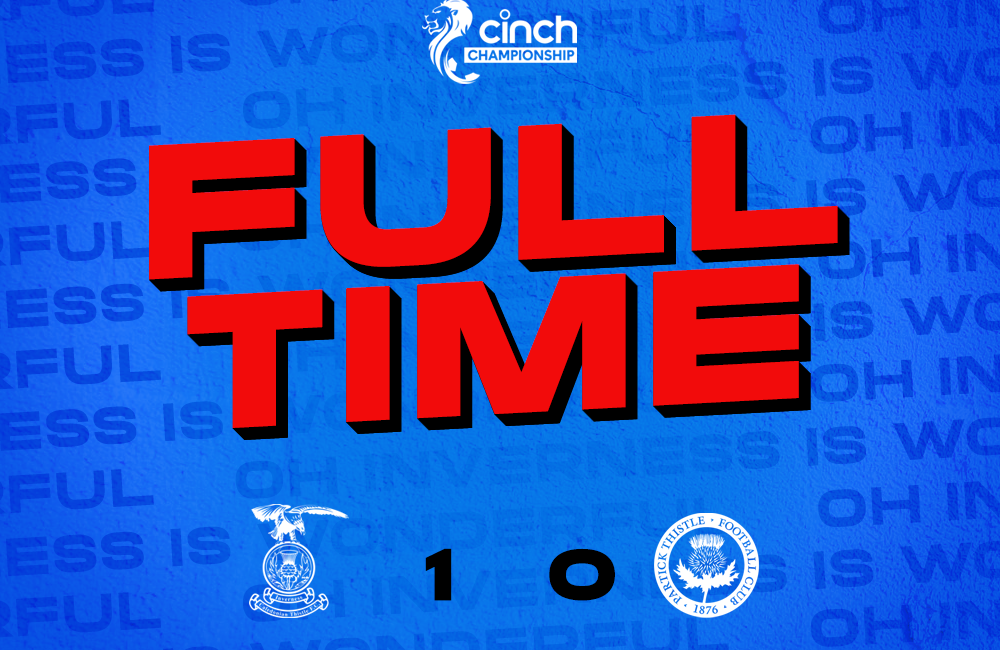 Partick Thistle’s Kyle Turner was shown a red card for a rash challenge on Roddy MacGregor late into the first-half.

Head Coach Billy Dodds made two change to the side which beat Ayr United last weekend as Wallace Duffy and Roddy MacGregor came into the side for George Oakley and the injured Danny Devine.

It was a tight opening period to the match with not many chances in the opening exchanges. Daniel MacKay showed great quality down the left after 29 minutes, and he cut inside the box and his shot was blocked on route to goal.

Robbie Deas went close to opening the scoring after 32 minutes as his close range header in the box was cleared off the line by Kevin Holt.

Partick Thistle were reduced to ten men towards the end of the first-half. Kyle Turner was sent off after a rash challenge on Roddy MacGregor.

In the second-half, Caley Thistle pressed for a winner. Cameron Harper saw a deflected effort from distance bounce just wide of the post after 50 minutes.

Just after the hour mark, Cameron Harper once again looked to open the scoring as his shot from distance was well saved by David Mitchell.

With 15 minutes on the clock, Caley Thistle got the breakthrough. Great play from Daniel MacKay down the left hand side as his cross was cleared into the path of Billy Mckay in the box and his shot went through bodies and past David Mitchell to open the scoring.

Caley Thistle almost grabbed a second late on as David Carson played George Oakley through on goal but his effort but the striker’s effort was cleared off the line.

The win means it four wins from the last four league matches for the Caley Jags, who now are level on points with Partick Thistle at the top of the cinch Championship.