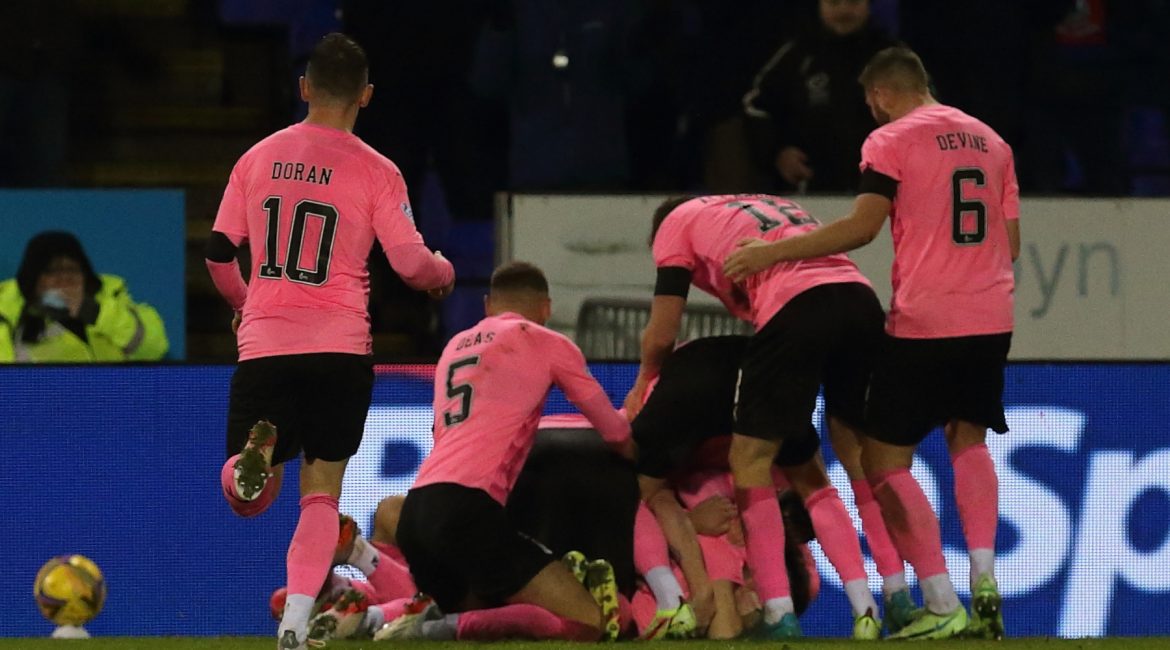 Sean Welsh’s stunning second-half strike sealed all three points for the Caley Jags as they went to the top of the cinch Championship table after beating Kilmarnock 1-0 at the Caledonian Stadium.

Head Coach Billy Dodds made seven changes from the side which was beaten on penalties by Raith Rovers in the SPFL Trust Trophy.

Caley Thistle had the better of the opening exchanges and went close after 13 minutes on the clock, Shane Sutherland combined with Roddy MacGregor and the midfielder’s pass found Billy Mckay in the box, but at an awkward angle, and his effort was turned behind for a Caley Thistle corner.

Mark Ridgers was called into action after 19 minutes on the clock, he got down well to turn behind Rory McKenzie’s effort.

After 29 minutes, Caley Thistle went close through Shane Sutherland. Billy Mckay won the ball in midfield with some good pressing and he play Sean Welsh advancing into the box, the Caley Thistle captain was dispossessed but the clearance only went as far as Shane Sutherland and his effort was inches away from going in the top corner.

In the second-half, Ridgers was tested early on after a long range effort from Brad Lyons but the Caley Thistle number one was equal to it.

Kilmarnock had a good chance through Old Shaw after 58 minutes. Scott Allardice lost the ball in his own box after trying to play out and Kilmarnock were on to it, Brad Lyon’s deflected effort was flicked on by Robinson into the path of Shaw and he sliced his effort wide.

The opener did come after 69 minutes on the clock, Scott Allardice won the ball in the middle of the park and advanced and then played the ball to Sean Welsh. The Caley Thistle captain then took a few touches and unleashed a stunning strike past Zach Hemming from 25 yards for his fourth goal of the season.

It was almost two moments later, Aaron Doran’s low cross from the left met, his opposite winger, Tom Walsh in the middle but his effort was held by Hemming.

With ten minutes left, Robbie Deas had a go from just outside the box after meeting Scott Allardice’s pass but his effort was high and over the bar.

Kilmarnock didn’t threaten the Caley Jags too much in the closing exchanges and the game finished 1-0 to the home side, who took their place at the top of the cinch Championship