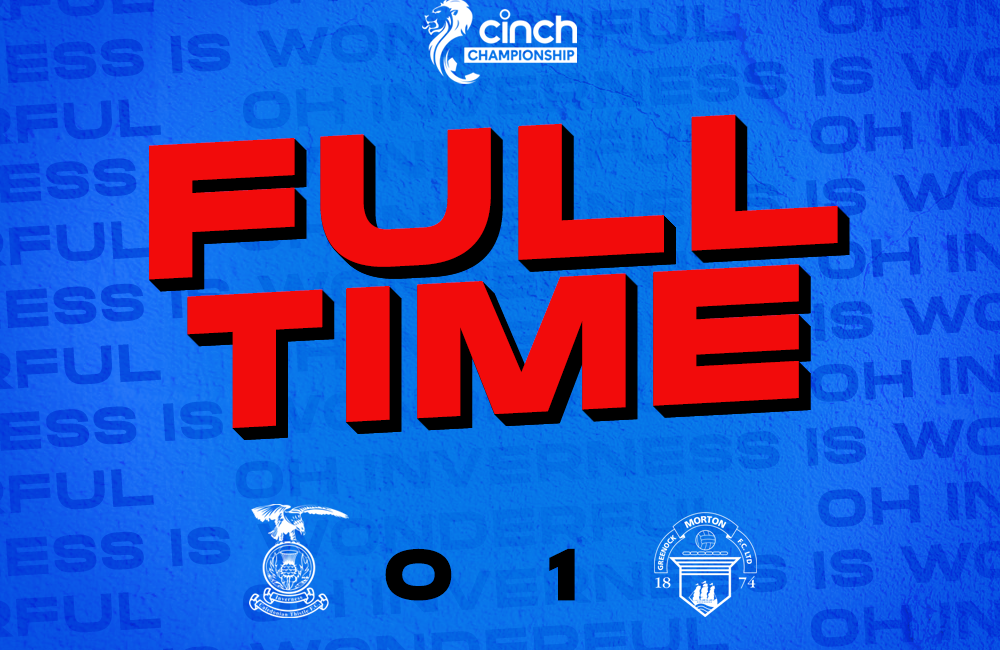 Caley Thistle fell to defeat at home as Grant Gillespie’s late penalty sealed all three points for the visitors.

Morton were awarded the penalty in the closing stages of the match as Wallace Duffy was judged to have handled the ball in the box by referee Nick Walsh.

The first chance fell to Steven Boyd as he saw his effort blocked on route to goal by Morton defender Darragh O’Connor.

Striker Austin Samuels was forced off with an injury after 25 minutes after a few heavy challenges. Nathan Shaw took his place.

Midfielder Roddy MacGregor saw is effort from about 25 yards held by Brian Schwake.

Mark Ridgers was forced into a big save to deny Jaze Kabia’s powerful effort from outside the box. The follow up came to Cameron Blues but Ridgers produced a fine save again, the offside flag was up but the Caley Thistle keeper wasn’t to know that.

Roddy MacGregor has a big chance to open the scoring with a header from inside the box as he met David Carson’s cross in the box but his header was wide.

Morton were then awarded a penalty with 83 minutes on the clock as Wallace Duffy was judged to have handled the ball in the box by referee Nick Walsh.

Grant Gillespie stepped up and covered the penalty past Mark Ridgers to open the scoring.