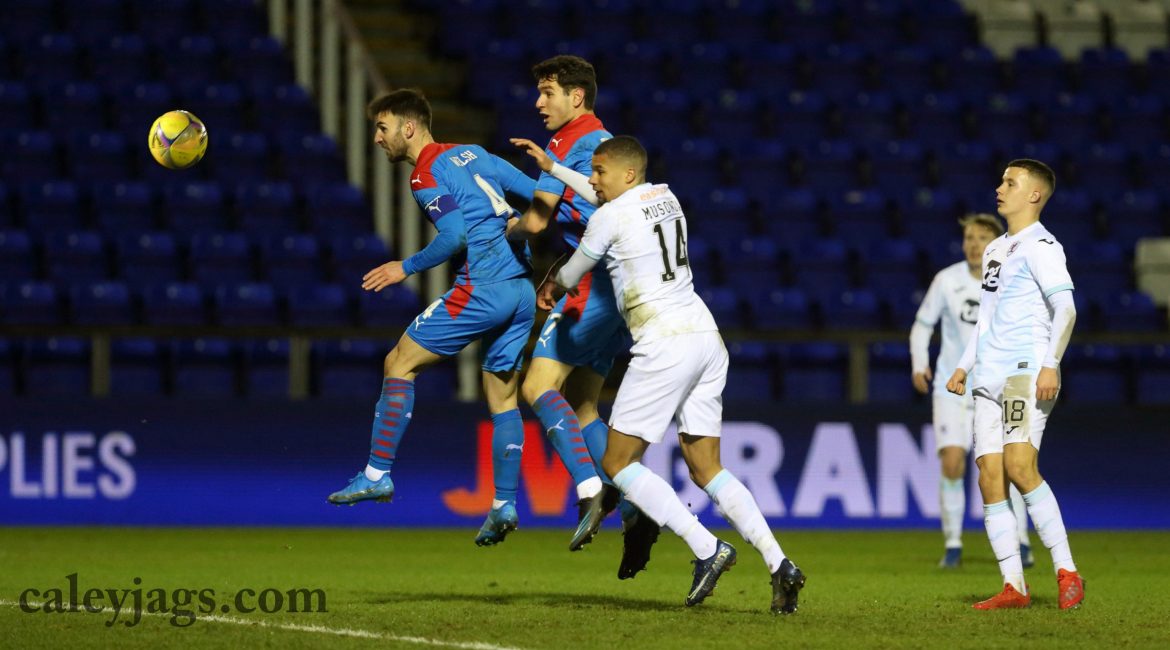 ICTFC and Raith Rovers ended their game at the Caledonian Stadium 0-0, but the home side will leave the pitch happy with the number of chances they managed to create in the game while simultaneously restricting the visitors to few clear cut opportunities.

The closest either side came to scoring came 30 minutes into the first half, with Daniel Mackay and Roddy MacGregor forcing Raith Rovers to hook multiple efforts off the line in a goal line scramble. Returning midfielder Sean Welsh also rattled the post with a firm header from inside the box. Up next is an away trip for a reverse fixture against Raith Rovers on Tuesday.

There were two changes to ICT´s starting 11 from the loss to Morton. Sean Welsh started, with David Carson slotting in for RB in place of Wallace Duffy. James Keatings began on the bench, with Daniel Mackay coming on from the start in a 4-2-3-1 formation.

Raith Rovers had a much different starting 11 from the one that drew previously against Ayr United. Frankie Musonda, Adam King, Gozie Ugwu, Jamie Gullan and Dylan Tait were the starting changes for Raith Rovers, with Daniel Armstrong, Iain Davidson, Manny Duku, Brad Spencer and Ross Mathews sitting on the bench. Kai Kennedy also returned to face his former loan club as a Raith Rovers player for the first time.

The Caley Jags started the game brightly with an early flick on to Todorov from a set piece.  Daniel Mackay did well to win a freekick near the touchline, allowing Allardice to hit a low cross that was flicked on to the Bulgarian. Todorov stretched to add a touch, but was just short to touch it on goal, with goalkeeper Jamie MacDonald there to collect the cross at the first attempt.

Despite not testing Mark Ridgers with shots on target in the early stages, ICT had to be alert to prevent some chances for the Fifers. A dangerous ball from Tumilty into the box aimed at Gozie Ugwu was knicked by David Carson on the sweep for a corner. Kai Kennedy also threatened with a crack at goal from a dead ball situation. He was adjudged to have been felled around 25 yards from goal and managed to whip his freekick up and over the wall, but just wide of the target; brushing the netting on the way down. Another chance fell for the visitors in the box as CB Frankie Musonda attempted a half volley from a cross, but shanked the ball high and wide under pressure.

Jamie MacDonald’s goal seemed to be living a charmed life in the middle of the first half as ICT had a series of chances that seemed destined to be the opening goal of the game. Somewhat forced into a cul de sac, Scott Allardice looked up and swept a through ball to Carson on the sprint down the right flank. His ball into the middle was met by Todorov, who headed the ball down into the ground but floated just wide of the left hand post.

But at the 30th minute, ICT coaches and players would wonder how the ball wasn’t in the net. Daniel Mackay managed to beat the offside trap, running onto a flicked ball from Todorov and forced MacDonald into a low save on his left peg, sidefooting it across the keeper. The ball trickled towards the goal line and seemed to be inches short from going in, only for Kieran MacDonald to slide across and hook it out.

Roddy MacGregor was well positioned to poke it home from point blank but again, somehow the ball stayed out with bodies on the line, instead going out for a goal kick after his second attempt bounced off his leg. Up next, Daniel Mackay pinged an excellent cross from the near side to the far post, with Todorov lurking in space. He had the time to get control of the ball and hit a firm half volley towards goal, only for it to come off a Raith Rovers body and out for a corner.

The Caley Jags continued to fashion chances before the end of the first half. Roddy´s ball to Carson down the right flank seemed to have been cut out by Kieran MacDonald, but the makeshift fullback recovered the ball and lofted a decent cross to Todorov on the shoulder of Musonda. His floated header towards the opposite post was on target but it sacrificed the power required to beat MacDonald.

The second half was a lot more even in terms of the number of chances, but ICTFC still came close to getting their goal via some decent work down the wings.

David Carson received the ball from a throw in on the near side and whipped a ball into the box, where a few blue and red shirts were waiting. Sean Welsh timed his run well into the box to meet the ball and bulleted a header off the post, with it inches from bouncing into the goal instead of out. Up next to test MacDonald was Sutherland, who ran onto a through ball that set him one on one with the keeper. The shot-stopper closed down Sutherland on the edge of the box and managed to get enough of his body on the lofted shot to keep it away from the goal and out for a corner.

Nikolay Todorov tested MacDonald with another half chance just before the whistle blew for fulltime. Latching onto an inswinging cross and settling himself with a quick touch, the striker fired a low half volley at an angle for the goalkeeper to come across and save.