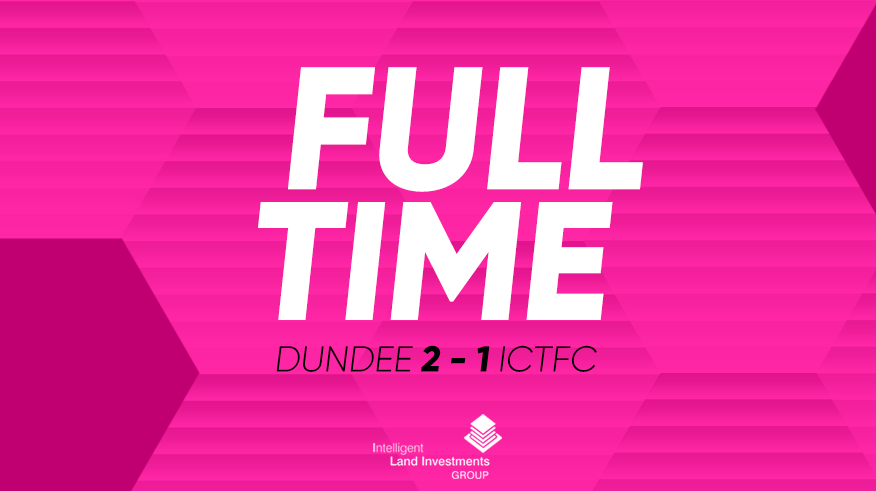 First half goals from Max Anderson and Jason Cummings helped Dundee to three points against Caley Thistle. Nikolay Todorov got the second-half goal for Caley Thistle

Neil McCann made two changes to the side which drew with Hearts on Friday night with Daniel MacKay and Scott Allardice replacing David Carson and the injured Roddy MacGregor.

Mark Ridgers was forced into a save after 7 minutes as he denied Declan McDaid from range.

Dundee did get the breakthrough after 10 minutes on the clock through midfielder Max Anderson. Anderson saw his initial effort saved by Ridgers but he was able to score with the rebound.

Caley Thistle had the chance to equalise 4 minutes later as Jack Hamilton’s clearance went as far as Shane Sutherland but his effort from range when the keeper was out from his goal bounced wide.

After 18 minutes, Welsh found Storey with a great pass but Hamilton blocked his close range effort with a good save.

On the half-hour mark, Jason Cummings saw his header go wide of the mark via a deflection and minutes later Liam Fontaine went inches wide with a header of his own.

Dundee doubled their lead just on the stroke of half-time through Jason Cummings. The striker met Mullen’s header in the box and spun to finish low past Ridgers.

Neil McCann made one change at the break, with David Carson replacing Scott Allardice.

Right at the start of the second-half there was a clash of heads between Danny Devine and Danny Mullen with the Dundee man forced off as he was replaced by Osman Sow.

After 56 minutes, Miles Storey broke through on goal but saw his close range effort saved by Hamilton.

After the hour-mark, Neil McCann made another change as Nikolay Todorov replaced Daniel MacKay.

Osman Sow saw his effort go over the bar after a quick Dundee counter attack on 65 minutes.

Nikolay Todorov got Caley Thistle back into the game after 73 minutes. The Bulgarian striker met a fantastic cross from Cameron Harper in the box to head past Jack Hamilton.

Danny Devine was forced off after 74 minutes and was replaced by Brad Mckay.

Dundee saw out the closing stages to take all three points.