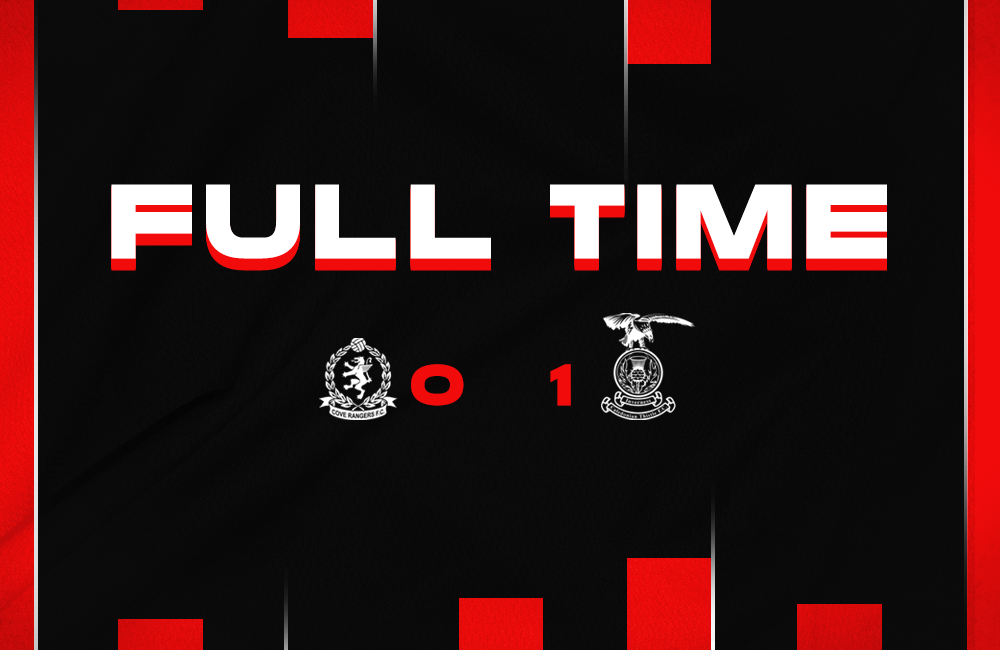 Steven Boyd’s first half goal gave Caley Thistle all three points against Cove Rangers at Balmoral Stadium to make it five league wins in a row.

Boyd’s first goal for the Caley Jags was enough for all three points in Aberdeen after good play between the winger and Billy Mckay.

Cove thought they had the lead after 9 minutes as Mitch Megginson headed past Mark Ridgers but the offside flag went up.

Caley Thistle took the lead after 18 minutes through Steven Boyd. The winger got his first goal for the club after combining well with Billy Mckay and tapping into an empty net for the opener.

In the aftermath of the goal, midfielder Roddy MacGregor was forced off with an injury after he had clashed with Cove keeper Kyle Gourley in the build-up to the goal. He was replaced by Aaron Doran.

Doran got a chance late into the first half as he received a lay off from Cameron Harper in the box but the winger’s effort went over the bar.

Scott Allardice was forced off at half-time as he was replaced by Lewis Hyde.

It proved to be a tight contest in the second-half, feeling confident after his goal earlier Steven Boyd saw his effort saved by Kyle Gourlay after some space opened up outside the box for the winger.

Mark Ridgers had to be alert as he gathered Mitch Megginson’s low strike and the Caley Thistle keeper was called upon again as he kept out Connor Scully’s header.

Nathan Shaw had the chance to seal the win late on for Caley Thistle after a swift counter attack he was played in on goal by Aaron Doran but his effort was saved by Gourlay.

In the closing stages of the match, Leighton McIntosh was shown a red card for lashing out on Zak Delaney as Cove were reduced to ten men.