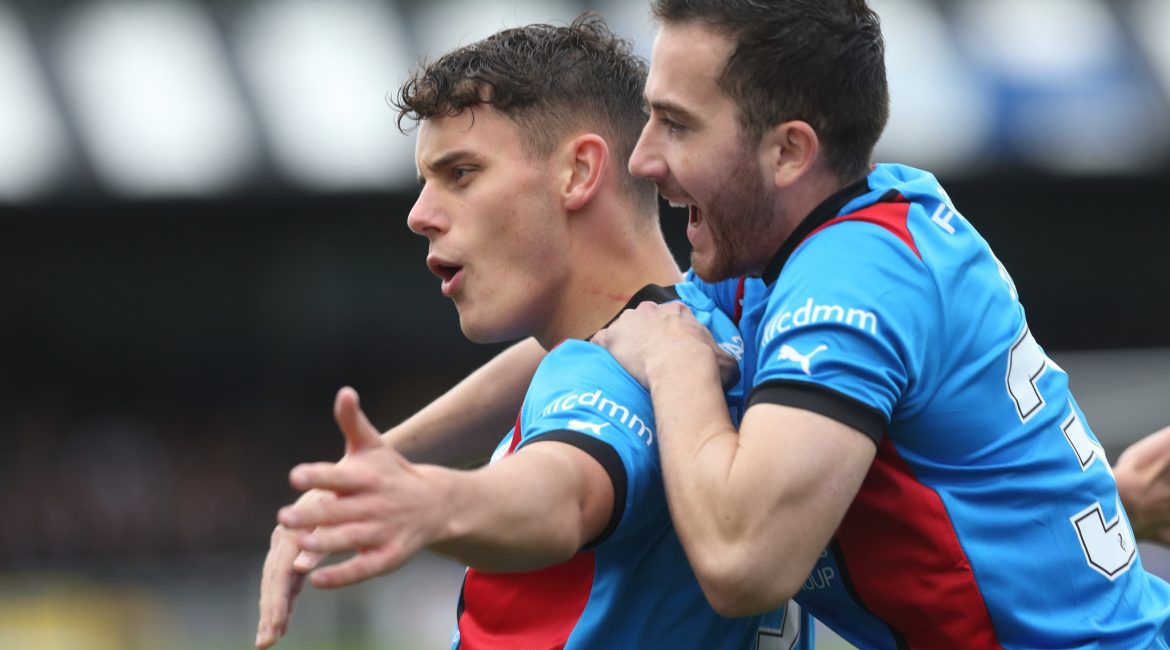 The first big chance of the came to Ayr United as Josh Mullen’s cross found Mark McKenzie but his header hit the crossbar.

After 15 minutes, Caley Thistle had their first real chance as Daniel MacKay combined with Billy Mckay and the winger saw his effort saved by Charlie Albinson.

Ayr continued to pressure and Andy Murdoch saw his looping header go over the bar.

Both teams battled through the conditions with torrential rain throughout the first half. Ayr had a good chance before the break as the ball broke to McKenzie in the box with the goal gaping but the midfielder fired wide.

Just two minutes after the restart, Caley Thistle took the lead. Cameron Harper grabbed his third goal in his past two league matches as he glanced a header past Charlie Albinson after meeting Steven Boyd’s cross in the box.

Caley Thistle could’ve doubled their lead after 56 minutes, a great cross from David Carson met George Oakley in the box but his header was saved by Charlie Albinson.

Former Caley Thistle loanee Logan Chalmers saw his effort go over the bar as Ayr press for an equaliser.

In the closing stages of the match Cameron Harper cleared a late Ayr effort off the line after Dempsey swung a corner into the box.

Caley Thistle saw the game out to earn their third win in a row in the league. They next face Partick Thistle at the Caledonian Stadium on Friday 7th October.