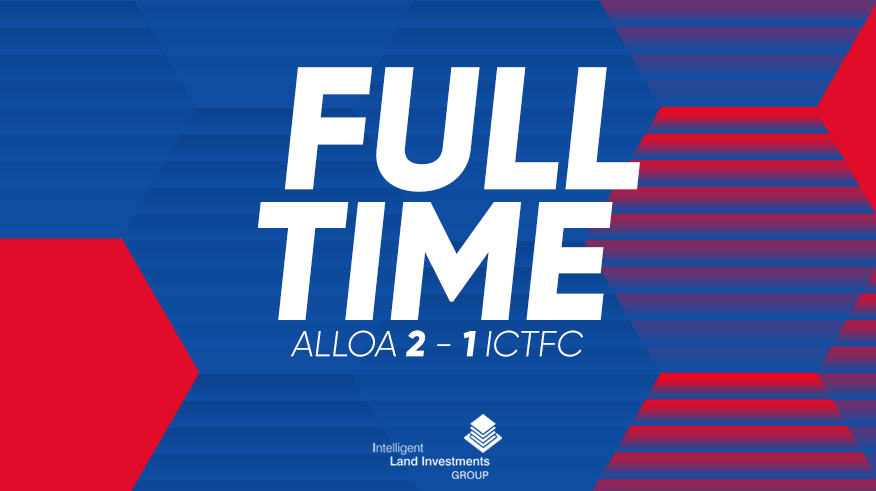 Caley Thistle fell to defeat on the road as second half goals from Alloa sealed all three points for the home side.

Brad Mckay gave Caley Thistle the lead after just 8 minutes on the clock with a powerful close range but second half goals from Innes Murray and Robert Thomson sealed all three points for Alloa.

John Robertson named an unchanged side again, with the only change to the squad being David Carson replacing Wallace Duffy on the bench.

Caley Thistle started quickly and had their goal after 8 minutes on the clock, Devine’s cross from the left was flicked on by Robbie Deas in the box and then was finished from close range by Brad Mckay.

On the half-hour mark, Caley Thistle went close again as Roddy MacGregor unleashed an effort from about 25 yards but it was over the bar.

Shane Sutherland had a good chance to make it 2-0 moments later after a good Caley Thistle move. Keatings feed in Storey and the striker’s flick on put Shane Sutherland through on goal but Neil Parry produced a fine save to keep it at 1-0.

In the second-half, Alloa started strong but Danny Devine had a chance at the back-post after Parry punched a Keatings corner but saw his effort blocked on route to goal.

After 56 minutes, Harper picked out Keatings in the middle of the box with a good cross but his effort was held by Parry.

Alloa received a free-kick on the hour mark, Innes Murray stepped up and put it into the top right corner past Mark Ridgers.

Five minutes later, Cameron Harper had a free-kick of his own but his attempt was tipped over by Neil Parry.

The resulting corner from Kai Kennedy found Deas in the middle of the box but his header was over the bar.

Innes Murray had another free-kick in a very similar position to the one he put in after 67 minutes, this time though his effort was wide of the mark.

Alloa got themselves in front after 77 minutes on the clock, Innes Murray was the provider this time as his cross found Thomson in the middle and his volley wasn’t fully handled by Mark Ridgers and went through his hands and into the net.

Caley Thistle pressed in the closing stages but couldn’t find that equaliser late on.