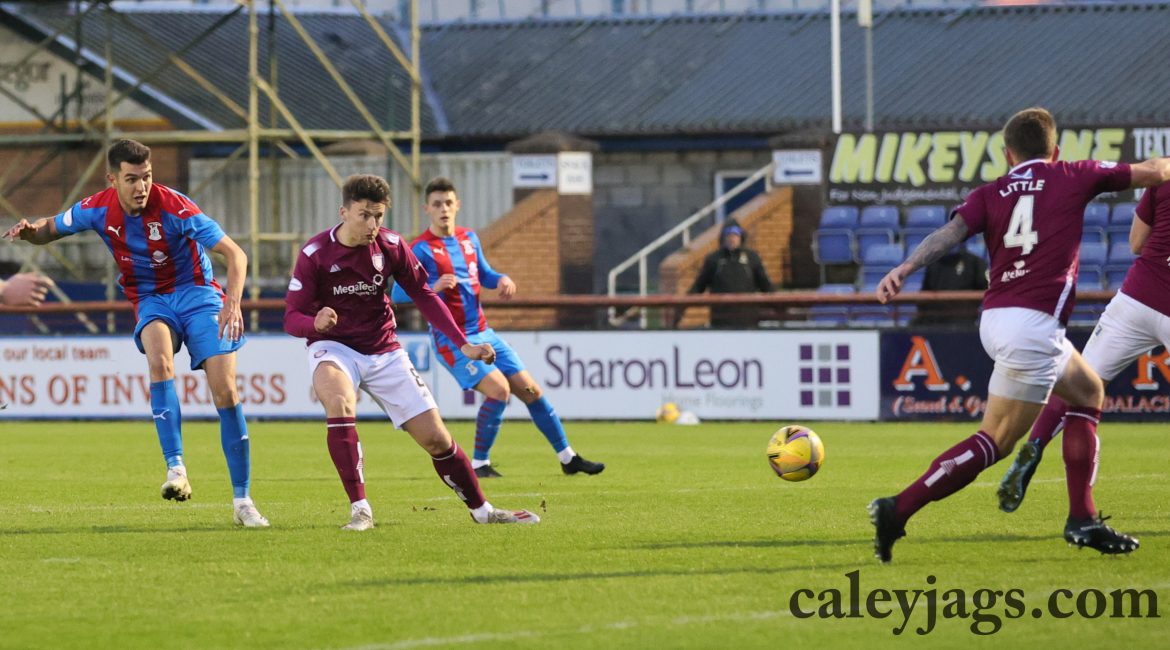 “It’s not any bigger that any other game, yes they are the title favourites but Arbroath pushed them right to the wire at Gayfield.”

“That’s what we’ve got to do as well, we said before that if you are just going to stand back and accept Hearts will win the league then there’s no point of being in it.”

“It’s up to ourselves and all the other teams to make it as difficult as possible. Arbroath showed what can be done with organisation and hard work, and that’s what we’ve got to do on Saturday.”

“It was important to get the first win against Arbroath, in the end it was well deserved. We played well against Ayr the week before too, so we go down with some confidence to go and play our game.”

“We’ll have to defend but when we get the ball we’ll have to be brave, get forward and cause Hearts problems because the opportunity is there to get three points and we want three points before the two cup games.”

“Aaron’s hour on Tuesday night was his first hour of football all season, he got four or five minutes against Arbroath to give him a wee lift and get him going again. Aaron had only done three or four days of pre season before his knee started playing up so he’s still miles off it.”

“Shane Sutherland has been out for four or five weeks so, again, he’ll take time to get up to match speed. James Vincent has also been out for about three weeks.”

“They’ll come back and probably be there or there abouts on the bench and then we’ll use the cup matches against Raith Rovers and East Fife to try and get these lads more game time. That’s what Aaron, Shane and James all need and it allows them to get more minutes on the board.”

PPV Info for this match can be found HERE