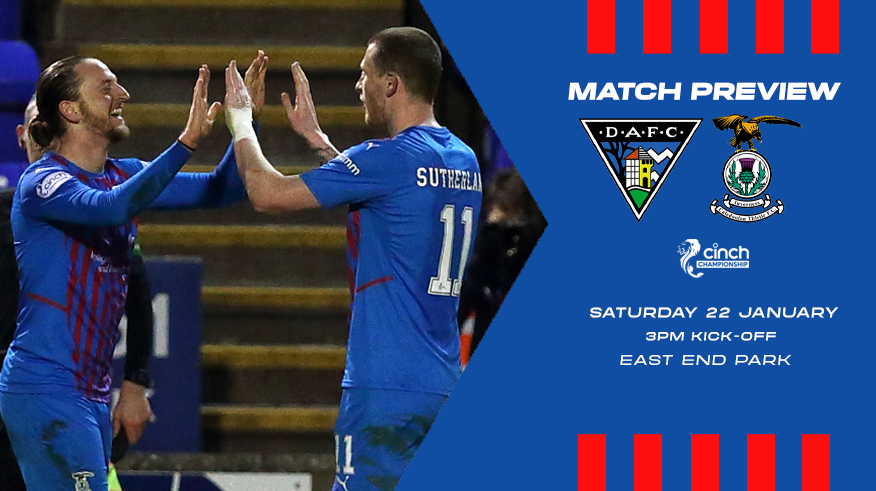 “It’s a great opportunity for us. For me, Dunfermline are in a false position but that tells you all you need to know what the Championship is all about, we’ve been saying it all season. We’ve found it tough against them, they’ve beaten us up here and drew down at East End Park earlier this season where we lost our first points of the season. “

“We know what they bring, it’s going to be tough. They reacted well to their 5-0 defeat against Morton, as they beat Hamilton last week. I don’t have to tell you how crazy this league is you just have to look at it and see some of the results.”

“The fans are going to be back for them as well but we’re going to go there really looking forward to the game, as we know like last Saturday even though it ended up disappointing dropping two points, we know what an opportunity it is.”

At this week’s press conference, Billy Dodds said: “I’m gutted for Scott Allardice, he’s great boy and the life and soul of the dressing room. He’s going to be out long term, probably a few months.” (Knee Injury)

“I was hoping for Aaron Doran this week but I think he’ll need a few more days. He is nearly there.”

Tickets are now available to purchase for away fans in advance of the match at East End Park on Saturday 22nd January 2022, via https://dafc.co.uk/awaytickets/

Away fans will be housed in the North West Stand, access via turnstiles 16 to 18.

All supporters must either show proof of being fully vaccinated, which will include a booster vaccine for those who had a second dose more than four months ago; or provide proof of a negative Lateral Flow Test. All supporters are also encouraged to perform a lateral flow test on the morning of the match before travelling.

Tickets are priced at:

Concessions are – Over 65s, Under 18s, Disabled, unemployed and full time students. Please bring proof of concession with you on the day as you may be asked for this on arrival.

There will be a cash gate available on matchday, but supporters are encouraged to purchase tickets in advance of the match.

Any wheelchair supporters wishing to attend should email matthew@dafc.co.uk to organise their tickets.

ParsTV –  Supporters unable to attend the match will be able to stream the match via ParsTV –  https://live.parstv.co.uk/ The stream costs £12.

The Supporters Travel Club Bus leaves the Caledonian Stadium at 10.30am on Saturday, picking up in Aviemore and Pitlochry