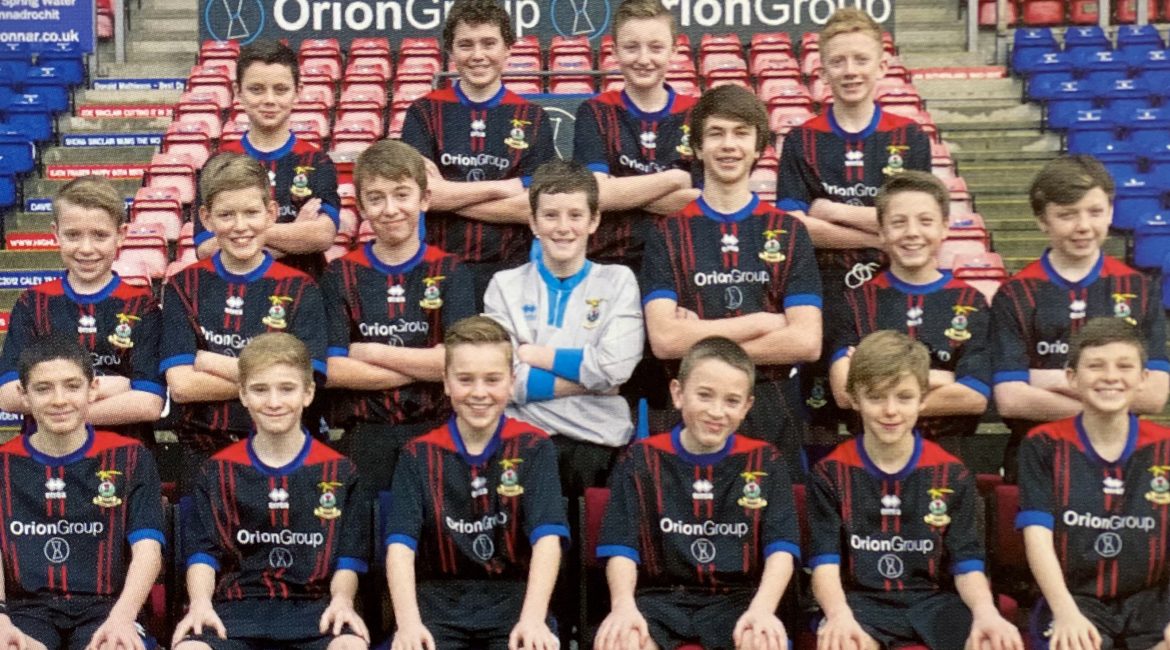 In a week when the ICTFC Academy are carrying out the annual player assessments at Caledonian Stadium, one of the staff was going through “old” team photos and discovered this beauty of the U13 team from season 2013/14.

The pic which also features in club historian Ian Broadfoot’s Milestones and Memories book, illustrates just how much hard work and application pays off for the boys at the ICTFC Academy, as no less than FIVE of the smiling young lads in this pic have played for John Robertson’s 1st team this season.

On seeing the pic, ICTFC Academy Director Charlie Christie said “This is an inspiration to myself and our coaches but mainly to all of the boys currently going through our Academy, as they can clearly see a path through to first team professional football”.

The 1st team players featuring in this team pic are, Cameron Harper, Ryan Fyffe, Roddy MacGregor, Daniel MacKay and Harry Nicolson and you can try and see if you can recognise the young pups in the photo.