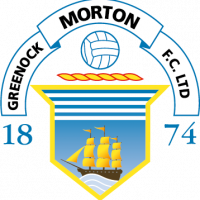 There were eight changes, but ICTFC took the biscuit as Scott Kellacher and Barry Wilson led a young team to victory in the Tunnock’s Caramel Wafer Challenge Cup against Greenock Morton, winning 3-1.

A strong first half allowed the Caley Jags to get a hold on the tie, with Nikolay Todorov caressing a delicious curled shot into the top corner to open the scoring and Aaron Doran slipping a cheeky finish between the legs of Sam Ramsbottom six minutes later.

Miles Storey managed to get his name on the scoresheet in the second half from a tight angle, and John Sutton consoled the away support with a prodded shot to pull the score back.

Caley Thistle progress to the last 16 and the draw for the fourth round of the Tunnock’s Caramel Wafer Cup will be made on Tuesday September 10 at 12.30pm.

Having faced Morton a week ago in their 5-0 win, the Caley Jags decided to try some new ideas with Cameron Harper and Roddy MacGregor each handed starts, alongside six additional changes in a 4-2-3-1/4-4-2 formation.

Morton had similar ideas, with nine changes from their visit, lining up in a 3-5-2 formation. Jack Baird made his debut for the Tons, hot off his loan move from St Mirren.

Morton started the game with all players in front of their goal bunched together in tight banks, meaning ICT had to thread quick passes in tight spaces and fashion chances through quick movements of the ball in the early stages.

Miles Storey managed to sneak a cute ball around the corner in the box at the 15th minute, which Trafford received on the left. The Canadian cut inside and tried a shot with a decent angle opening up for him, but there were enough bodies for it knick off one and around the post, creating a corner.

ICT’s dominance of the ball eventually started dragging Morton players out of position and with that space, came the first goal. Miles Storey passed the ball wide on the left to his strike-partner, Nikolay Todorov, perhaps expecting the Bulgarian to cross from wide into the box. But spotting the goalkeeper off of his line, he took a touch and proceded to whip it up and around the keeper into the top right hand corner from around 25 yards from goal – he had no chance of getting to it.

For Morton, they had a decent chance to respond in kind from a set-piece. Robbie Muirhead lined up a shot from 30 yards from goal and did well to keep the ball on target and low, but it was comfortably saved by Cammy Mackay with a dive to his right.

The chance continued to fall in favour of the home team and Welsh – who had been gaining more minutes since his metatarsal injury – came close with a firm header on target from a Storey cross, aiming it down the throat of the Morton keeper. A minute later, the ball was in the back of the net.

Coll Donaldson pushed forward with the ball in the opposition half and dinked a ball over the defence which was poorly dealt with by Brian McLean as he allowed it to go past him. It looked like Aaron Doran had initially missed his chance to capitalise as it bounced away from him, but he recovered to meet and slip a left footed shot between Ramsbottom’s legs and over the line from close. It was a neat finish by the captain.

Eight minutes later Doran almost set up another goal with a great left footed cross that was begging for a touch at the back post but had no takers. Miles Storey had a crack a minute later from the centre of the park, and even though Ramsbottom was scrambling to get to his left footed effort, it trickled wide of the post.

At the 40th minute, Robbie Muirhead had caught Donaldson out on the left hand side and managed to work out an effort from a tight angle, but Mackay easily saved. Doran was back up the pitch to test Ramsbottom with a great hit after cutting in, but it was blocked by a Morton head.

The second half was just like the first as the boys in blue and red sought to add to their tally. Sean Welsh received a pass on the edge of the box after a dummy on the right hand side, but his well hit effort was wide of the mark.

It wouldn’t be long before the third goal would be added to the game. Sean Welsh looked up and was allowed to drive a great pass within his own half to Storey in enough space to spread his legs on the right hand side. With options to his left sprinting into the box, Storey spotted a gap and squeezed an elusive shot at the near post that Ramsbottom could’ve have done better to cover.

On came a fresh pair of legs, as Matheus Machado further lowered the on pitch average age as he made his Caley Thistle debut. He did well to breeze past two defenders and set up Todorov for an easy finish, but it was blocked.

A minute later, Nikolay Todorov had a chance to have a brace from the spot after Charlie Trafford rushed into the box and was taken down by a stray leg. The Bukgarian kept it low to the left but it wasn’t far enough into the corner and Ramsbottom did well to tip it around the post.

Unlike the previous meeting between these two sides, ICT wouldn’t leave the pitch with a clean-sheet. At the 78th minute, Robbie Muirhead looked up and bent a low pass from the left hand side that substitute John Sutton did well to reach and prod home.

At the 90th minute, Miles Storey’s last contribution was to cut a ball back from the right wing for Machado in the middle, but he didn’t get enough of the ball and it went wide.