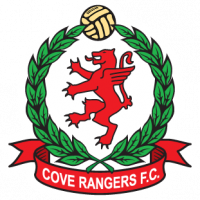 A close range header from Nikolay Todorov sealed the victory for the Caley Jags in a 3-2 win, securing at least a top two finish in the Betfred Cup before the final game away against Dundee on Sunday.

A combination of Brad Mckay and Jordan White opened the scoring for the hosts and James Keatings responded to two Mitch Megginson strikes.

Brad McKay was the only change from the 4-1 victory against Raith Rovers for the home team. He replaced Charlie Trafford, allowing the number 22 to slot into RB and for Carson to play in the middle of the park with James Vincent.

ICTFC started brightly with two early half chances from kick-off. From a flick-on off of a throw-in, Tom Walsh was able to spin and direct a shot on target, but it trickled into the hands of Stuart McKenzie. Shortly afterwards, a long boot up the park from Ridgers was lightly flicked on by Jordan White and James Keatings had a pop from a closing angle on the left, but it went just past the post.

Perhaps energised by the recent water break, the Caley Jags came close to opening the scoring via the head of their number nine at the 30th minute. Jordan White leapt to cleanly hit a swept cross from Doran from the right, but to his dismay, the ball knicked off the post and away from goal.

Perhaps more luck was needed for the home side and it was supplied from a trusty set piece seven minutes later. Walsh whipped in a cross to the back post and Brad McKay slipped past his marker to aim a header towards goal, but en-route it had a touch from White’s back and bounced into the net. A fortunate but much needed goal, with White clearly surprised by the deflection.

Unfortunately the Caley Jags wouldn’t enter the tunnel with a clean sheet. Declan Glass, who was freshly signed on loan from Dundee United, had the time to square up against the defence near the touchline and fired a low pass across goal for Megginson to tap home from point blank range – it was a goal against play but decently worked for the away team.

In fact, this equaliser would spur an excellent back and forth during the next 15 minutes.

Cove would carry their momentum into the second half by adding a second. Just after kick-off, Glass went past Brad Mckay on the left and cut back in the box for Daniel Park, who was the first to bite. His effort was met by a Caley shirt but the same wouldn’t be said for the follow up, with Megginson being again on hand to fire into the roof of the net at the near post.

In response to another good chance to extend the lead for Cove – Megginson becoming supplier for a Glass shot from 12 yards, down the throat of Ridgers – James Keatings was on hand to level for the home team. The attacker snuck in to prod home a cross from Doran, continuing his scoring run from the game against Raith Rovers.

Emboldened by his previous two goals, Megginson had a shot at his hat trick with a cute attempt moments later. With Carl Tremarco breathing down his neck, the striker tried to lift the ball over Mark Ridgers, but the goalkeeper got a finger on it on the way over and saved.

With the weather playing a part and in an attempt to stir the team to a win, Robertson made a few changes, taking off White, Doran and Keatings for Todorov, MacGregor and Curry.

The latter two shortly had the ball nestling in the net. With the ball at his feet and some pockets to exploit, Roddy MacGregor teed up his fellow sub to slot home, but Curry was adjudged to be offside.

Moments later, the flag wouldn’t be raised. A cross from Walsh on the right hand side would be directed in by Nikolay Todorov, putting the home team ahead again.

This period of action would be bookended moments later with a player being sent for an early shower. Megginson would eventually regret a booking for perhaps petulantly kicking away an indirect free kick early into the second half. With 15 minutes to go, the striker caught a bit too much of James Vincent in a tackle, and David Lowe gave him his marching orders with a second booking. With few numbers to pull from the bench and a man short, it was looking difficult for the Aberdeenshire side to take a point for their travels.

But just as the game was winding up, Cove thought they had secured that goal at the death. A deep cross into the box was fired home by Martin Scott but it was quickly ruled off by an adjudged hand ball, with it striking a part of his arm in the buildup.