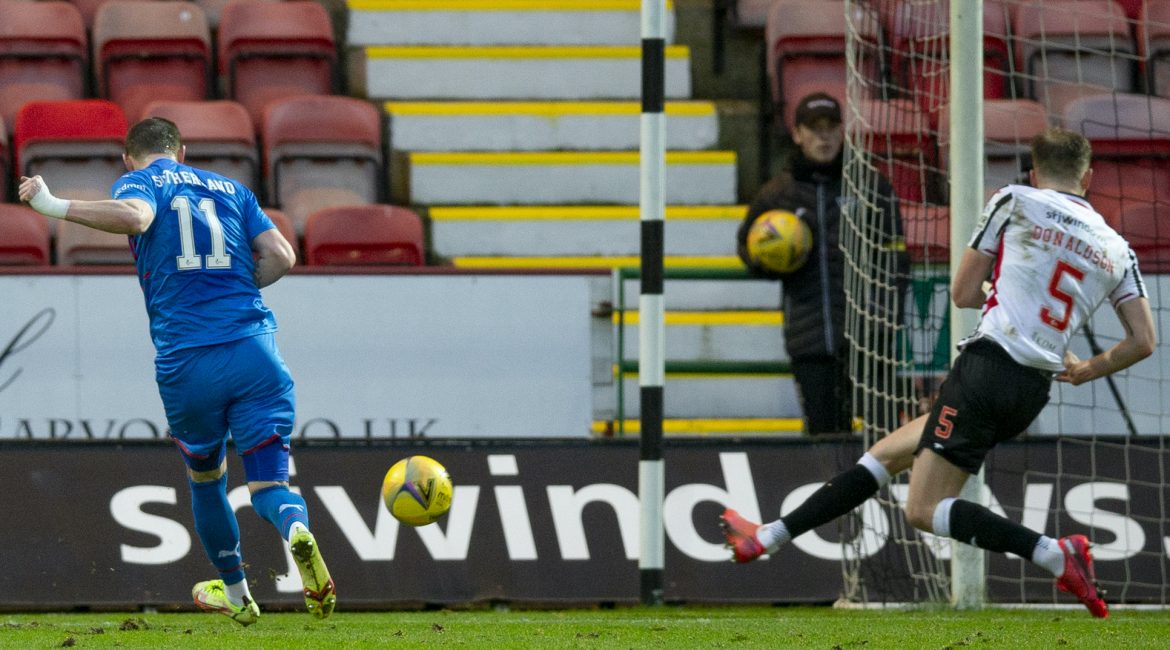 Caley Thistle drew 1-1 with Dunfermline at East End Park. Shane Sutherland gave the Caley Jags a first-half lead but ICTFC were pegged back in the second-half via a Steven Lawless penalty.

ICT Head Coach Billy Dodds made two changes to the side that drew with Queen of the South last week, Billy Mckay and Roddy MacGregor were forced out due to injury and were replaced by Manny Duku and Cameron Harper.

New loan signings Sam Pearson and Logan Chalmers both were among the substitutes for the Caley Jags.

Caley Thistle started the game well as Sean Welsh saw an early whipped in free-kick go behind and Duku saw a snapshot saved by Fon Williams after 20 minutes on the clock.

The Caley Jags did get a deserved opener after 39 minutes on the clock. It was good link up play between Walsh and McAlear down the right side and McAlear’s got the byline and beat Paul Allen to cross into the box which found Shane Sutherland in the middle, who produced a great low controlled finish Fon Williams.

Caley Thistle were forced into a change just before the break, Danny Devine was forced off due to injury after a collision in the air and was replaced by Wallace Duffy.

Dunfermline started the second-half well and Mark Ridgers needed to be called into action as he produced a great save to deny Kevin O’Hara from close range as the striker met Lewi McCann’s knock down in the middle.

Just after the hour mark, Cameron Harper picked out Shane Sutherland in the middle with a great cross but his header was behind.

Dunfermline were awarded a penalty with ten minutes to go, Steven Lawless’ corss struck the hand of David Carson.

Lawless stepped up to take the penalty and sent Ridgers to the wrong way to equalise.

Dunfermline also had a couple of late chances to win it.

In added time, Ridgers was called into action again as he produced a massive save to deny Kevin O’Hara again.

The result leaves ICT three points behind Arbroath, who top the cinch Championship, and next up is a trip to Rugby Park to face Kilmarnock.