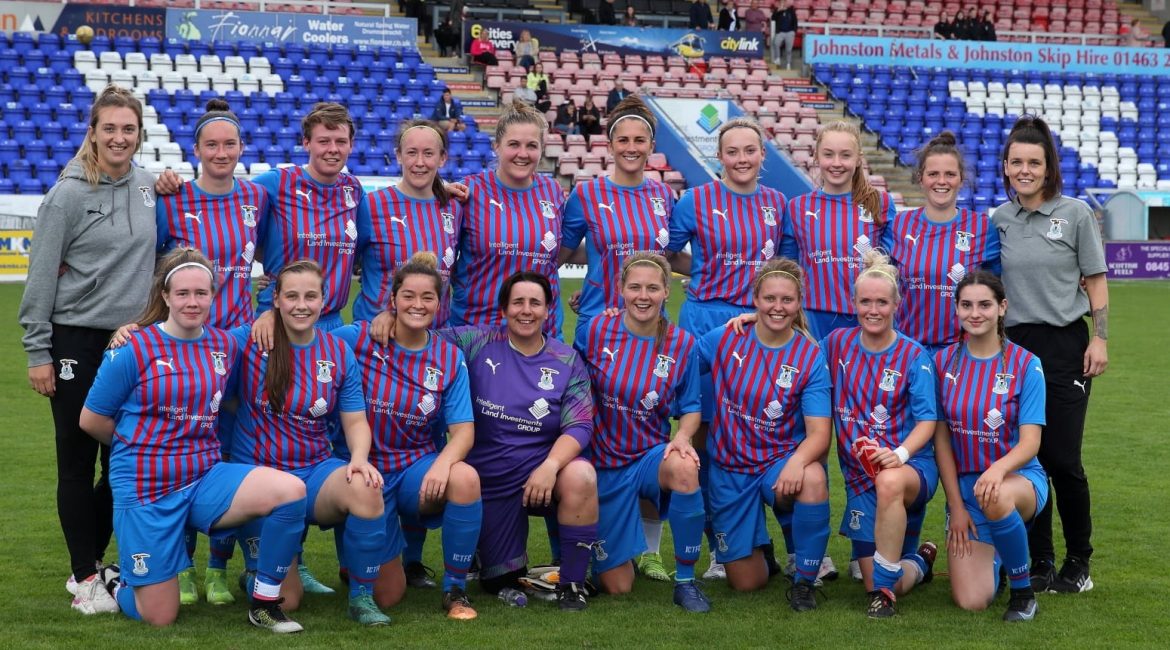 The club is pleased to announce that with immediate effect, Thistle Girls FC will officially become part of Inverness Caledonian Thistle WFC.

Speaking on the move which will see around 145 girls join the ICTWFC programme, ICT CEO Scot Gardiner said “ Recent reports had suggested that due to circumstances beyond the control of the girls, Thistle Girls FC was about to become dormant and a thriving club which started in 2017 with only 9 girls was about to disappear. We could not countenance this blow to the girls and the Inverness footballing community and acted very quickly to try and resolve the situation.

I immediately met with Karen Mason who heads up our own ICTWFC and the GM of our ICT Community Trust Craig Masterton, to explore the possibility of stepping up to save the club by taking them into our organisation.

Further discussions were then held with Kenny Grant of Thistle Colts and Ruth McGeogh of the SWF and both were immensely helpful and sympathetic to the situation and to be honest, without their help, we would not have been able to make this happen and I am extremely grateful to both.

I hosted a meeting at Caledonian Stadium last night with many of the Thistle coaches and it was clear that everyone in the room wanted to preserve the girls football club and that this was the best way forward. I will be holding meetings for the parents of all of the girls in the next 14 days to update them on what this means for their children, all of which is positive, and to answer any questions and queries they may have. From an ICT position, I am proud that we are able to help the club in what was a very difficult situation and I am looking forward to seeing how we can continue to grow women and girls football in Inverness and the Highlands”.

Karen Mason of ICTWFC said “I think this is potentially a game changer for women and girls football in Inverness and the Highlands and to be able to step in and help the club, therefore creating a pathway for girls from primary school age through to senior women’s football gives us a lift as well.”

﻿“Thistle FC are absolutely delighted that such a positive solution has been found and to ensure the girls get this amazing opportunity to continue with their football education. For an agreement to be reached so quickly and with a footballing partner we already had a pathway in place with was unthinkable as recently as last week.

I would like to thank everyone who has developed this side of our club immensely from inception and wish them all the best for the future.

I cannot thank ICTFC enough for their assistance and the accommodating nature everyone at the club have shown to me during these negotiations at a very fraught time for Thistle FC. Finally the advice and help I received from Ruth McGeoch of SWF was invaluable in the decision making process we have been through.

I would also like to make clear that this decision has no impact on our boys section which continues to thrive in its own right.”